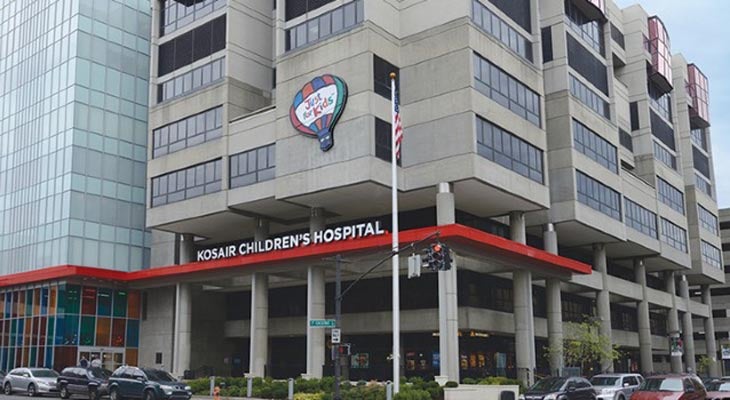 LOUISVILLE, KY August 11, 2016: Kosair Charities Committee, Inc. and Norton Healthcare, Inc. today announced that they have entered into a settlement agreement that resolves all disputes between them on terms that allow each organization to focus on its respective mission.

As part of the agreement, the organizations agreed to terminate previous agreements between them. Within six months, the Kosair name will be removed from the children’s hospital, as well as all other Norton Healthcare facilities and medical practices that include the Norton name.

“We believe this resolution will prove beneficial to communities and children we serve,” said Stephen A. Williams, CEO, Norton Healthcare. “Both organizations remain committed to meeting children’s health care needs. The time has come for us to pursue that focus independently. We thank Kosair Charities and its members for their prior support and dedication to the Commonwealth’s children. Norton looks forward to continuing to serve the pediatric community.”

“We are happy to announce this agreement will allow Kosair Charities to continue to serve our longstanding mission of ensuring that all children in this community, regardless of their family’s ability to pay, receive the medical care they need,” said Jerry Ward, Chairman of the Board of Kosair Charities. “Although the needs of our children have changed, the focus of Kosair Charities remains the same. We look forward to helping the children at the children’s hospital as provided in today’s agreement, as well as to expanding our support for the over 100 pediatric agencies and life-changing programs outside of the hospital who rely upon Kosair Charities and our donors.”

Specific terms of the settlement agreement are not being made public.

For 130 years, Norton Healthcare’s faith heritage has guided its mission to provide quality health care to all those it serves. Today, Norton Healthcare is a leader in serving adult and pediatric patients throughout Greater Louisville, Southern Indiana, the commonwealth of Kentucky and beyond. The hospital and health care system is the Louisville area’s third largest private employer, providing care at more than 210 locations throughout Greater Louisville and Southern Indiana. The Louisville-based not-for-profit system includes five Louisville hospitals with 1,837 licensed beds; seven outpatient centers; 13 Norton Immediate Care Centers; more than 13,000 employees; more than 750 employed medical providers; and approximately 2,000 total physicians on its medical staff. In 2015 Norton Healthcare was named by Healthiest Employers as the 11th healthiest place to work in the country. More information about Norton Healthcare is available at NortonHealthcare.com.

Since 1923, Kosair Charities has made it possible for children in this region who have nowhere else to turn to receive quality health care and other critical services. Kosair Charities is the largest charity for children in Kentucky and Southern Indiana and over the years, it has been the largest private supporter of Norton Children’s Hospital. Each year, Kosair Charities gives millions of dollars in grants and other support to over 100 pediatric organizations for crucial care and services of children in Kentucky and Southern Indiana. To find out more information about Norton Charities and the programs and services it supports, please go to Kosair.org.