Ladies: It's time we talk about this stuff! | Norton Healthcare Louisville, Ky.

Ladies: It’s time we talk about this stuff!

Ladies: It’s time we talk about this stuff! 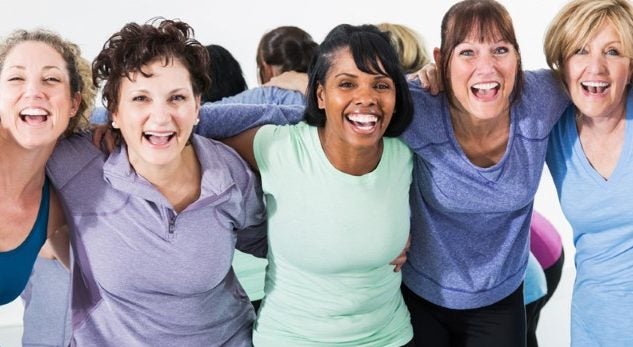 I was born in 1957 — the year that, according to CNN, the baby boom peaked. There were 4.3 million babies born that year, or 11,780 babies per day. That’s incredible! It’s no wonder then that so many of us (women in particular) have the same health “annoyances.”

Postmenopausal women have an increased risk for heart disease (as I found out recently during a coronary calcium screening). We also are at greater risk for certain types of cancer and a gradual decline in memory. Who hasn’t walked into a room and wondered what it was you were looking for? And we are at greater risk for osteoporosis as our bones become less dense.

So, do I (or the collective we) throw in the towel and give up? No way. You can’t fix a problem if you don’t identify it and take steps to fix it. For many common health issues facing us “middle-agers,” there are fixes. That’s why throughout the year, I’m going to focus on health issues facing women 45 years and older. Just maybe we’ll learn a few ways to deal with these common “annoyances.” Today’s topic: Issues associated with menopause, migraines and urinary incontinence.

Nancy Newman, M.D., an OB/GYN, says in regard to bone health after menopause, the most important thing we can do is weight-bearing exercise.

“That can be walking, the treadmill, elliptical, aerobics, yoga, Pilates, etc.,” she said.

She also recommends getting enough calcium, equivalent to three 8-ounce glasses of milk a day or 1,000 to 2,000 mg calcium supplements.

But the biggest aggravation of aging and middle age? Weight gain.

“Menopausal symptoms can be an issue,” Dr. Newman said, “but weight drives us crazy.”

That goes hand in hand with heart disease and increased cholesterol. More reasons to watch what we eat and exercise every day.

In a different way, menopause may affect those who have migraines. They may get worse, and women who’ve never had migraines before may start having them. Blame estrogen … or the lack thereof. Headache expert Brian Plato, D.O., says “menopause leads to inconsistency and fluctuations in hormones, particularly estrogen. These fluctuations can trigger migraine attacks, therefore many women will have onset or worsening of migraine around the time of menopause.

As a result, women can become quite debilitated, leading to significant depression and problems with work and home life, according to Dr. Plato. He suggests seeking treatment because there are several options.

A third issue common to those around my age are urinary changes. One minute I’m fine, but the next I’m on the run looking for a bathroom because I feel the sudden urge to “pee.” My girls would say TMI (too much information), but it’s a real problem that can become very embarrassing.

Sarah Kane, M.D., a urogynecologist, says this is an issue women don’t talk about much. But she adds, “I am happy to see the ads on TV with Whoopi Goldberg now, because I think it will help to raise awareness.”

Dr. Kane confirmed my suspicions that urinary issues do increase with age. Studies show that between 20 and 40 percent of women will have some urine leakage (incontinence) after menopause. There are many treatments other than surgery depending on the type of incontinence. Behavior modification, “retraining,” pelvic floor exercises, medications, injections, pessaries or special tampons are some of the options that I bet many of us have never heard about or contemplated.

So what are you going to do? Stick your head in the sand and suffer, or learn to deal with these “annoyances” and get on with life? It’s your choice.