Lecresha Sewell, APRN, was featured in a commercial promoting the Kentucky Educational Excellence Scholarship (KEES), which is funded through the Kentucky Lottery. 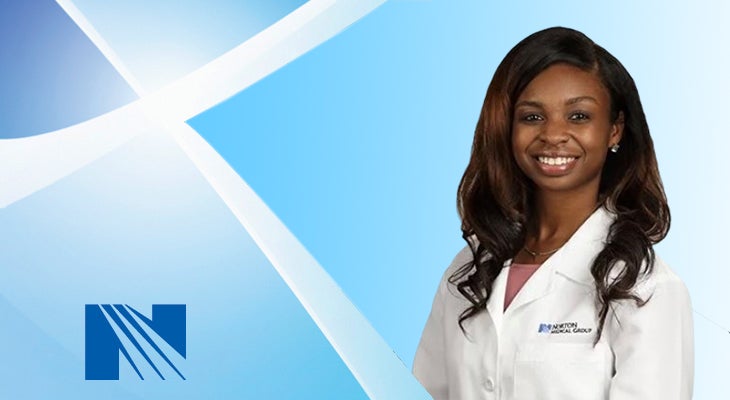 It was another championship when the commercials were at times better than the game. That was especially true for those who know Lecresha Sewell, APRN.

Lecresha was featured in a commercial promoting the Kentucky Educational Excellence Scholarship (KEES), which is funded through the Kentucky Lottery. Lecresha was a KEES recipient from 2006 to 2010 and used the scholarship to help fund her college education while attending the University of Louisville, where she studied nursing.

“I was totally shocked when I saw the commercial” during the NFL championship game, said Lecresha, who practices at Norton Women’s Health in Shelbyville and St. Matthews. “I was not expecting it at all!”

Norton Healthcare offers a wide array of career paths, from nurses and health care providers to finance and administrative positions.

Being featured in a commercial for her hard work and service is something a lot of people around her were excited to see.

“The reaction of people who viewed the commercial has been excitement, admiration and pride,” Lecresha said.

“Lecresha brings a spark into the office,” Janet said. “I can always tell when she’s here, as there’s always laughing with the staff. Her patients are well taken care of. We receive comments stating they feel comfortable talking to her and know they are taken care of all the way through.”