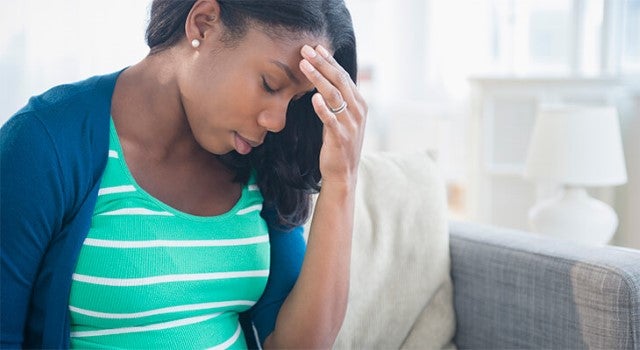 Concerns about head injuries in contact sports have focused on concussion, but there may be another risk that has received far less attention: migraine headaches.

“I knew this was an area that warranted a closer look,” said Tad D. Seifert, M.D., neurologist and director of Norton Healthcare’s Sports Concussion Program.

Dr. Seifert, who also is head of the NCAA Headache Task Force, led a study looking at more than 800 male and female Division I collegiate athletes in contact and non-contact sports at four schools: the University of Pittsburgh, University of Kentucky, West Virginia University and Western Kentucky University. It’s thought to be the largest study of its type.

Previous studies had looked at headaches in non-athletes, but little work was done on whether athletes were more prone to headaches, particularly migraine. The athletes in the study played football and a number of other contact and noncontact sports.

The findings, published in the prestigious journal Headache, found athletes with a history of concussions were more likely to report migraine headaches. Among all the athletes, 23.7 percent reported experiencing migraine — higher than the general population. Some 16 percent to 18 percent of all people get migraines, moderate-to-severe, throbbing headaches often accompanied by nausea, vomiting and sensitivity to light.

Among athletes with a history of concussion, 46.3 percent of women and 32.2 percent of men surveyed reported getting migraine attacks. Because the study relied on self-reporting events in the past, Dr. Seifert and his colleagues couldn’t say if these athletes actually had more migraine headaches than others or simply were more aware of headache disorders.

“This is a special and unique population of athlete,” Dr. Seifert said.  “My suspicion is that contact sport experience may heighten the possibility or likelihood of experiencing migraine later in the course of a young person’s lifetime.”

The question is important because migraine can have serious consequences for quality of life. For more than 36 million Americans, migraine means disabling pain and lost days, hours spent in dark rooms, missing time at school or work, or with family.
Vigorous exercise is one of the known triggers for migraine headaches. Others include stress, bright lights and glare, changes in sleep, salty foods, wine, caffeine and food additives like MSG and aspartame.

Research has shown that athletes who suffer from migraine are more likely to sustain a concussion and also take longer to recover from concussions. Migraine sufferers also experience a higher risk of stroke, epilepsy, depression, anxiety and chronic pain.

Dr. Seifert has long held an interest in both athletics and science. He realized he could combine his interests in sports and neurology during a fellowship at the renowned Houston Headache Clinic, which treated a number of professional athletes. On his Twitter page, Dr. Seifert describes his outlook as: “Pro-Brains. Pro-Sports. Yes, the two can coexist.”

“That point doesn’t get made enough,” he said.

In his practice, Dr. Seifert cares for athletes of all ages and levels, from youth sports to professional leagues. He interprets preseason baseline and follow-up testing, diagnosing and managing concussions.  He’s also a board member of the Kentucky Boxing and Wrestling Commission.

To show if there’s any cause and effect between concussions and migraine, Dr. Seifert is planning a four- or five-year study following an incoming class of athletes at all levels of intercollegiate athletics. The study also will look at whether subconcussion hits to the head in contact sports affect whether athletes get migraine attacks. He hopes to start this fall. Ideally, he says, the study would continue another five years to track these athletes after they leave college.

“The longer we can track them, the better. We know headache disorders change over time,” Dr. Seifert said. “Being able to track these competitive athletes when they’re  ‘retired’ would be fascinating.”