What is Dementia with Lewy bodies? | Norton Healthcare Louisville, Ky.

What is Dementia with Lewy bodies?

What is Dementia with Lewy bodies?

Disease is the second most common type of neurodegenerative dementia 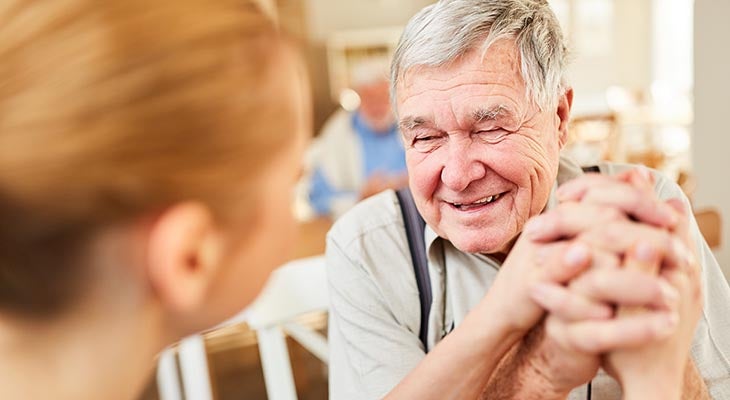 Dementia with Lewy bodies has been in the news recently with the release of a documentary on actor/comedian Robin Williams, and his widow’s announcement that he developed the disease before his suicide in 2014. She described the dementia as “the terrorist inside my husband’s brain.” Hall of Fame pitcher Tom Seaver also died from complications from the illness.

Dementia with Lewy bodies is the second-most common type of neurodegenerative dementia after Alzheimer’s disease. Protein deposits, called Lewy bodies, develop inside the brain’s nerve cells. The condition impacts thinking, memory, behavior, and movement, and results in a progressive decline in mental function.

“Dementia with Lewy bodies is a very complicated disease because is resembles both Parkinson’s and Alzheimer’s,” said Justin T. Phillips, M.D., a neurologist and medical director of Parkinson’s and movement disorders for Norton Neuroscience Institute. “Patients experience Parkinson’s-like symptoms such as rigid muscles, slow movement and tremors. They also may see hallucinations and have changes in alertness, in addition to memory and thinking difficulties commonly associated with Alzheimer’s disease.”

There’s currently no cure for Dementia with Lewy bodies. According to the National Institute of Neurological Disorders and Stroke, some medications typically used for Parkinson’s and Alzheimer’s may help with symptoms, but they can be risky and actually can make the same symptoms worse.

Support available for patients and families

Dementia with Lewy bodies can be extremely difficult for both the patient and caregivers. Norton Neuroscience Institute Resource Center offers educational, therapeutic, support and exercise programs free of charge. Patient navigators are on staff to help patients and families. Patient navigation services are free and available as often as needed.

The center can assist individuals and their families with: