When a Fit Body Doesn’t Equal a Fit Heart

When a Fit Body Doesn’t Equal a Fit Heart

After major heart surgery, man encourages other fit adults to learn more about their heart health. 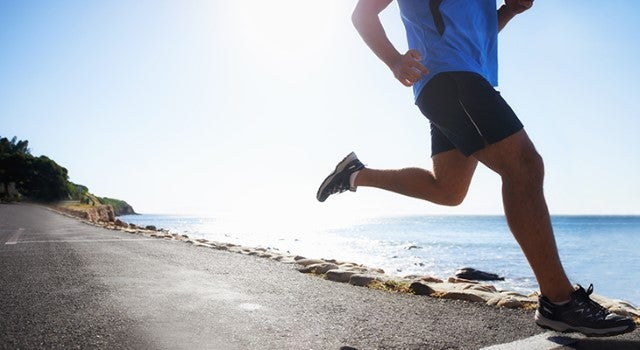 At age 51, Chris Pryor of Louisville led an active life, volunteering with his church, watching his grandchildren play baseball and going to the gym. Though sometimes it took him longer to catch his breath after a hard workout, he didn’t worry about his health.

But over the summer, Pryor developed a persistent cough. Sometimes, he felt a sharp pain in the left side of his chest, as the cough made his ribs rub against his shoulder blades. His wife made him promise to see the doctor if the cough didn’t go away.

He kept his word, expecting to quickly get a prescription for his cough. Instead, his doctor ordered a cardiac stress test. Because of his family history of heart issues, his doctor wanted to ensure a larger issue wasn’t causing the symptoms.

Even after his stress test, Pryor felt fine.

“I was hardly even sweating, and I had worked out twice as hard the day before,” he said.

However, before he could leave the medical office building, his cardiologist, John S. Harris, M.D., Norton Heart Specialists, stopped him to ask if he was having chest pain. Dr. Harris spotted abnormalities on the stress test that concerned him. He knew Pryor needed further tests — and soon.

A week later, Pryor went to Norton Audubon Hospital for a heart catheterization, a minimally invasive test to look for blockages in his arteries. During the procedure, Dr. Harris found not one, but five blockages.

“In my mind, at almost 52, it was normal for me to take a bit to catch my breath,” Pryor said. “I chalked it up to age. Never in a million years would I have thought I’d need heart bypass surgery, much less five bypasses.”

Patients like Pryor, who seem healthy but have serious heart disease, are more common than many people think, according to Dr. Harris, especially if they have a family history of heart disease.

“Even if you are healthy and perceived to be healthy, sometimes you are not,” Dr. Harris said. “You need to listen to your body and listen to your symptoms. Act upon those instincts that you have about things that don’t feel right.”

“If you’ve felt bad in some way and you are concerned, that’s a good enough reason to go to your primary care doctor,” Dr. Harris said. “In Mr. Pryor’s case, we were able to see him quickly so he never had a heart attack.”

Thanks to expert treatment and his otherwise good health, Pryor recovered quickly after surgery.

“I had great care all the way from my primary care doctor, who said he wanted to send me for those tests, through Dr. Harris and Dr. Etoch,” he said. “I’m thankful all the way around that they found it as they did.”

He also is thankful his wife made him promise to see a doctor. Because of that promise, he couldn’t ignore his symptoms or put off getting care that may have saved his life. He encourages other people, even those who think they are healthy, to keep an eye on their heart health.

“This my advice to people:” Pryor said, “Don’t assume there’s nothing wrong and think you’re just getting older. If you have a family history or other risks, or you aren’t getting regular checkups, don’t hesitate to go to your doctor. Don’t put it off. Go get it checked out now.”

Think you’re fit? Now find out if your heart is, too.