When cramps stop being normal

When cramps stop being normal

Women know cramps are a normal part of life. But for some, the pain can be debilitating — and that is not normal. It could be endometriosis. 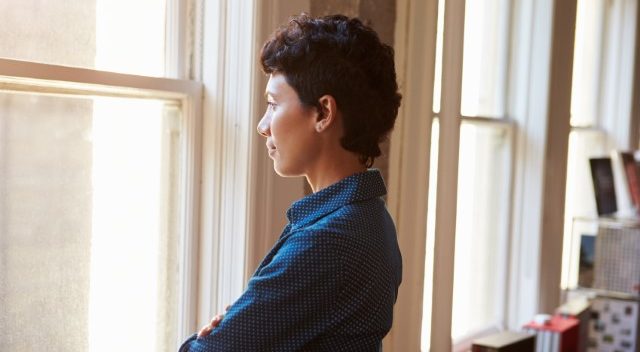 Heather Tanksley, 33, describes herself as “a new woman” since being successfully treated for a condition called endometriosis. Before she learned of the pelvic disorder, she experienced severe abdominal pain and cramps every month around the time of her period. The pain was so bad that sometimes she would miss work.

Endometriosis is not uncommon. It affects more than 5 million women in the U.S. Thankfully, Tanksley mentioned her pain to her OB/GYN and found out that what she was experiencing wasn’t normal.

Endometriosis is a condition in which the cells that should be in the lining of the uterus (endometrial cells) begin to grow on the outside of the uterus. The cells typically stay in the pelvic area but can migrate to almost any other area of the body. The most common side effect is pain in the pelvic and/or lower back region, especially during menstruation; however, some women have no symptoms at all while others may have scar tissue or infertility. Out of all women diagnosed with endometriosis, approximately 25 percent have trouble getting pregnant.

The good news is endometriosis can be treated, and an OB/GYN can tailor treatment to each patient. Leigh S. Walsh, M.D., gynecologist with Norton Gynecology Specialists, describes the typical treatment plan for endometriosis:

Tanksley’s advice to other women experiencing pain like hers: See a doctor right away. After she received treatment, life got a whole lot better.

If you are experiencing pelvic symptoms that don’t seem normal, speak with your OB/GYN or call Norton Healthcare’s women’s health nurse navigator at (502) 899-6310. We also can help you find an experienced OB/GYN.