African Americans are at higher risk for stroke, but better outcomes are possible

African Americans are at higher risk for stroke, but better outcomes are possible

A member of our stroke team discusses what we can do to decrease the risk of stroke for African Americans in Louisville and Southern Indiana. 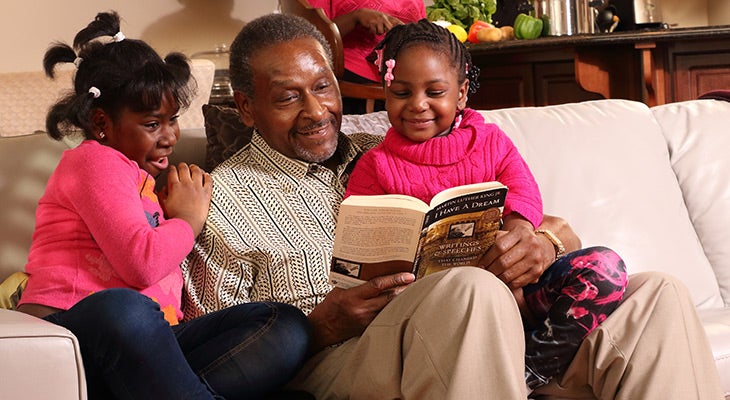 Studies show that African Americans’ risk for stroke and stroke disability is higher than that of other groups. Lacy Shumway, stroke outreach coordinator for Norton Neuroscience Institute, explains some of the statistics from the National Stroke Association and discusses what health care providers and other partners can do to decrease the risk of stroke for African Americans in Louisville and Southern Indiana.

African Americans are more likely to die from stroke

The time it takes to get treated can make the difference between life and death when you’re having a stroke. In order to be treated quickly, you first have to recognize that you’re having a stroke. That’s part of the problem. Heart attacks cause physical pain, so people are more likely to go to the hospital right away. With stroke, it’s easier to brush off symptoms like losing the ability to speak, losing mobility in an arm or leg or blurred vision. People who are having a stroke may think they’re experiencing the symptoms because they’re tired. If they decide to sleep off the symptoms, they may sleep right through the window of time when they could’ve received treatment.

Until recently, education about stroke symptoms had not been as widespread as education about heart attack symptoms. Now there are campaigns to educate all people about stroke symptoms and what to do if you think you’re having a stroke. The first thing you should do is call 911, because we know if you arrive at the hospital by ambulance, you’ll get seen faster in the emergency department. There are also actions medical first responders can take that will help the hospital be prepared for a stroke patient when the ambulance arrives.

Strokes are more likely to occur earlier in African Americans

We also see patients who have had a stroke who didn’t know they had high blood pressure or diabetes. If you don’t regularly see a primary care provider, you may be missing important screenings that would let you know you’re at greater risk for stroke.

This goes back to how quickly a person is treated for stroke. For every hour that a person doesn’t get treated, the brain ages 3½ years. Those are brain cells a person will never get back. We know that people in western Jefferson County — which has a large African-American population — are less likely to call 911. Not calling 911 increases the amount of time it takes to be seen, and that extra time could equate to more brain lost and therefore more disability.

Emergency medical services (EMS) personnel are trained to do a series of tasks when stroke is suspected:

How can African Americans reduce their risk for stroke?

One of the biggest steps health care providers can take is to get involved in the African-American community and ensure high-risk groups are educated about their risk and what they can do to reduce it.

Learn more about stroke, including your risk factors, stroke causes and signs and symptoms of stroke.

Eating a healthy diet can improve or eliminate high blood pressure, high cholesterol and diabetes. There are food deserts — or a lack of grocery stores with fresh foods — in parts of Louisville, and this affects access to healthy foods. There are organizations in Louisville working to change this.

Norton Neuroscience Institute participates in events at Jefferson Mall and the Western branch of the Louisville Free Public Library, where we provide information on stroke prevention and stroke risks. We also work with EMS personnel to provide education and training with an overall goal of getting stroke patients to the hospital quicker.

We provide resources to patients when they have a stroke. Our stroke nurse navigator follows up with patients after their discharge, discusses their risk factors, educates them about their medications, and helps them access other community resources such as financial resources. Norton Neuroscience Institute Resource Center offers a number of classes and groups to stroke patients, such as “Neuro Tai Chi” and “Neuro Golf,” as well as access to a social worker who can help with transportation and other needs.