Know aneurysm symptoms and see if you qualify for free vascular screenings. 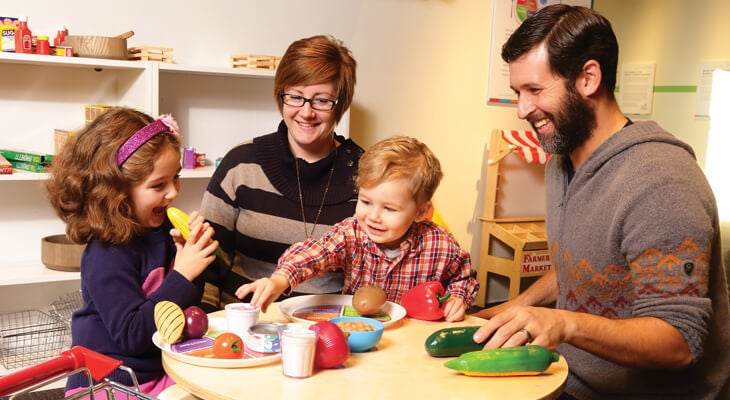 In 2014, at age 35, Mike Gorena was living a good life. He had a good job, a beautiful wife, Ang, and a sprightly young daughter, Aza. They had just made an offer on their dream home and, to add to the excitement, had just found out they were expecting their son, Gideon. When life seemed it couldn’t get any better, it took a turn for the worse.

For about a week in late October 2014, Mike had been experiencing unusual headaches, which he blamed on stress and exhaustion from work. Then he had a headache so bad it sent him home from work, where he tried to sleep it off.

“It felt like someone had stabbed me between the eyes with a knife,” Mike said.

When he woke up to eat, the food didn’t stay down. Looking back, Ang said the signs were there that night, but she thought he was just having a migraine.

The next morning, Mike stayed home from work.

That triggered a series of events that brought him to Norton Brownsboro Hospital on Oct. 31, 2014, where he was seen by Shervin R. Dashti, M.D., Ph.D., endovascular neurosurgeon.

Dr. Dashti explained that Mike had an aneurysm — a ballooning or bulging of a weakened blood vessel in the brain. The aneurysm had burst, causing bleeding into Mike’s brain.

“Dr. Dashti was very seriously explaining to me what was going on and that Mike could very well die,” Ang said. “At that moment, his wedding band was placed in my hand and all of the sudden the magnitude of the situation hit me like 20 tons of bricks.”

Almost 50 percent of people who suffer an aneurysm die immediately or shortly after arriving at a hospital. Of those who survive and recover, a signiﬁcant percentage will have some type of permanent brain damage. These statistics point to the importance of recognizing symptoms and seeking medical attention early.

Aneurysm ‘one of the best things to ever happen to me’

“I knew very little about aneurysms or what caused them,” Mike said. “It truly didn’t sink in until I was released from the hospital of what I had endured and how fortunate I was to be alive and healthy. To this day, I still get emotional when thinking about it.”

Since the aneurysm, Mike takes each day with gratitude and positivity and focuses on healthy living.

“I consider the aneurysm to be one of the best things to ever happen to me,” he said. “I’ve always considered myself to be a very positive person, but since, I’ve realized every day is a blessing. I’ve been more driven since the aneurysm to live life to the fullest.”

Ang says she and Mike understand they are extremely lucky to have come out on the other side of an aneurysm.

“Simply put, he’s a miracle. But, then again, I always knew that!” Ang said.

An aneurysm can happen to anyone; however, certain things can raise your risk, including:

The main symptom of an aneurysm is sudden onset of what often is described as the worst headache of a person’s life.

Other associated symptoms may include:

If you or a loved one experiences any of these symptoms, call 911 immediately.