Birth control isn’t all about the girl

Birth control isn’t all about the girl 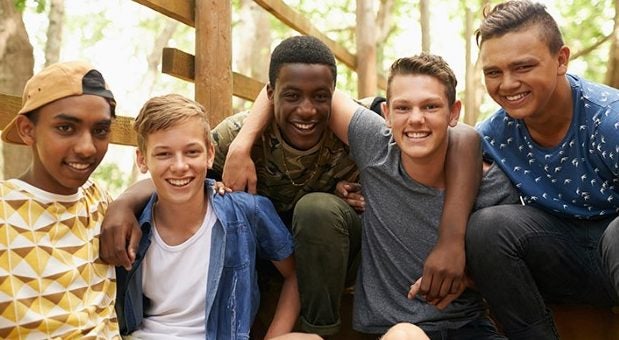 Do you know the facts about unintended pregnancies and sexually transmitted diseases (STDs)? Really?

Don’t believe everything you read or hear. The Internet is full of truths, half-truths, confusion and straight-up lies. How do you know what to believe? Go to the source. Below are some of the most common myths about birth control and STDs, followed by real truths from reliable sources.

Truth: Wrong. You couldn’t be any more wrong. It takes two to have sex, two to make a baby and two to prevent pregnancy. Even the best birth control methods aren’t 100 percent effective, especially when you’re not using them the right way. If a girl you’re with gets pregnant, it’s just as much your responsibility as hers. Period. You might think that sounds harsh, but what’s harsher is that for girls age 15 to 17, 79 percent of pregnancies are unintended. None of these girls got there on their own. Know how to use birth control, and use it. Be responsible. That’s what growing up is all about.

Myth: If my girlfriend’s on the pill, I can’t get an STD.

Truth: Umm … no. Not even close. STDs and the pill have nothing to do with one another. The pill will prevent pregnancy, if taken perfectly. However, the fact is that one in nine females will get pregnant while taking the birth control pill due to several factors, including forgetting to take the pill daily. That said, the pill does nothing to prevent STDs. On average, one in four teens get an STD every year. Are you the one? How would you know? Get tested. Get the facts.

Truth: Good job on staying fresh, but you’re still way off base. STDs are transferred from one person to another by sexual contact. It doesn’t matter how many times you lather up. And if you have more than one sexual partner, you could be spreading your new STD to the next person. Also, the more people your partner has been with, the greater the chance that you’ll get infected. Young people (age 15 to 24) account for half of all new STD cases. Many teens end up spreading STDs because they just assume they don’t have one. Symptoms can range from embarrassing to debilitating to deadly, so yeah, this is serious. If you have an STD, don’t spread it. If you don’t know, get tested.

Myth: You can get STDs only from sexual intercourse.

Myth: HIV is the only STD left these days, and there’s a cure for it.

Truth: No and no, unfortunately. HIV, which develops into AIDS if untreated, is the most deadly STD — and there’s no cure. There are many other STDs, too, and they can be extremely dangerous. The most common right now is human papillomavirus (HPV), which can cause genital warts and several types of cancer, followed by chlamydia, trichomoniasis (trich), genital herpes and gonorrhea. If you haven’t already received the Gardasil vaccination for protection against HPV, you should discuss this with your doctor, preferably before you become sexually active. The vaccination is recommended for both girls and boys.

Source: GYT (Get Yourself Tested) FAQ, MTV and the CDC

One last thought
The responsibility for preventing STDs and unintended pregnancies is a shared one. It’s not all on her. Obviously, pregnancy is not a disease, but these topics are grouped together because a pregnancy is life changing in ways you can’t imagine. A baby can be an amazing part of your life under the right circumstances, but if you aren’t ready, a pregnancy can derail your entire future. Unless you’re prepared to care for a baby, abstain from sexual activity as long as possible and don’t have unprotected sex. If you do and she gets pregnant, stand up and act like a man. It’s a new world out there — it’s your world — and it’s counting on you to do the right thing.