Breast cancer in men is real and can be deadly

Breast cancer in men is real and can be deadly 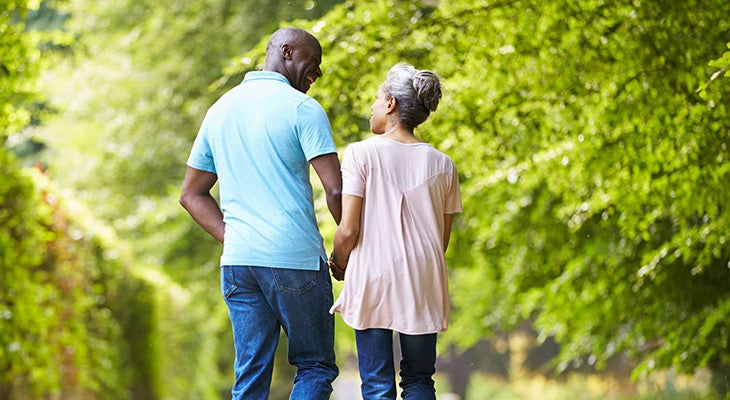 Breast cancer in men is serious and particularly deadly, partly because it isn’t discussed.

There are some body parts we’re born with whether we’re male or female — including breast tissue.

The breast tissue doesn’t go away in men; it just typically doesn’t develop into milk-producing breasts. But the tissue is still there, which is why breast cancer in men is rare, but real.

About 2,200 men –  fewer than two in 100,000 – in the United States are diagnosed each year, according to the Centers for Disease Control and Prevention. Because it’s so rare, routine mammogram screening is not performed on men.

Of U.S. men who are diagnosed with breast cancer, 83% live at least five years. That compares with 90% of women, according to the American Cancer Society.

“While male breast cancer is rare, we see too many cases that are at an advanced stage. Many men aren’t aware of the symptoms of breast cancer and most didn’t know it was a possibility,” said Jeffrey B. Hargis, M.D., medical oncologist with Norton Cancer Institute.

Get multidisciplinary cancer care from specialists at the leading edge of cancer treatment. Same-day appointments are available for newly diagnosed patients.

Symptoms of Breast Cancer in Men

If the cancer has spread to lymph nodes, there may be a lump or swelling under the arm or near the collar bone.

There may be other explanations for these symptoms, but you should get them checked out by your health care provider regardless.

Should Men Get Mammograms?

If your provider suspects you have breast cancer, a number of tests may be required. One is a mammogram. Other possible tests include ultrasound, nipple discharge test and biopsy. A biopsy to retrieve and test suspected tissue often is done with a needle, though surgery may be required.

Screening mammograms, like those performed regularly on women are typically not necessary in men. If a man is carrying the genetic mutation that increases the risk of breast cancer, regular mammograms may be ordered.