Child abuse through a doctor’s eyes

Child abuse through a doctor’s eyes

Imagine being the doctor who sees the horrors of child abuse first-hand. One shares what we all can do to stop abuse. 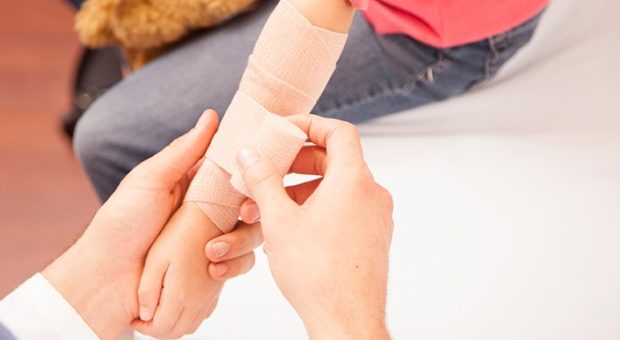 I’ve been a practicing pediatrician for 13 years. I feel like I’ve seen it all — from the normal bumps and scrapes to some of the rarest syndromes and diseases on this planet. But there’s one thing that always shocks and upsets me as a physician and as a parent: child abuse.

An abused child comes to Norton Children’s Hospital almost every day. I was first introduced to the horrors of child abuse when I was a resident. A 3-month-old was brought into the emergency room for “not acting right.” When I entered the patient’s room, it was obvious the baby was having a seizure. We quickly moved the baby to a trauma room, where a scan showed severe brain swelling. Shortly after, she died.

Fast-forward a few years to when I treated a toddler who was beaten by her mother’s boyfriend. The forensic team was gathering evidence and noticed bruising on her scalp. They shaved her blonde curls to reveal an impression of a steel boot — the boyfriend literally had stomped on the girl’s head. She did not survive.

There are others. I’ve seen belt marks on a child’s back. One who was slapped in our waiting room, leaving a handprint on her face. A 5-year-old boy beaten by his father for hoarding food in his bedroom.

These haunting images drive me to continue fighting to prevent child abuse. And it’s a tough fight. Last year in Kentucky and Indiana, more than 40,000 cases of abuse and neglect were reported, leaving hundreds of innocent kids with permanent physical and emotional damage. Dozens of them didn’t even survive.

Child abuse is everyone’s concern — not just professionals who deal with children. Fortunately, each and every one of us can help stop abuse:

•If you’re a parent and you feel yourself about to lose control, it’s OK to step away. Listen to your favorite song, take a few deep breaths or call a friend.
•Keep a list of friends’ and family members’ phone numbers to call for support.
•Learn the TEN-4 bruising rule: Children under age 4 should not have bruising on the torso, ears or neck. Infants that are not mobile should never have any bruises. If you see these bruises, there is a good chance the child is being abused and you can do something before it’s too late.
•If you know a parent who may need a break, offer to babysit so he or she can have a break for an hour or two.
•Offer to run an errand for a neighbor with small children who has difficulty getting out of the house. A small gesture like that can greatly reduce stress for the parent.
•If you see someone about to raise a hand to a child, ask them if they need assistance. Sometimes the situation just needs an interruption.

Together, we can save the lives of countless innocent children in our community. Find more tips and who to call if you suspect abuse at DontHurtChildren.com.