Child gets help for mother after stroke

Child gets help for mother after stroke

Could you recognize the signs of stroke? 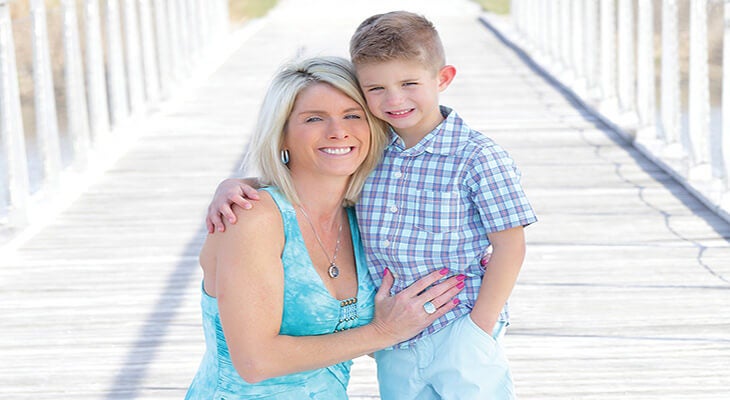 If someone near you were having stroke, could you recognize the signs? Do you think a kindergartner could?

Five-year-old Colt Wagner may not have known what a stroke looks like, but he knew his mother needed help right away when she collapsed last spring.

Kennetta Wagner was home with Colt when she had a stroke and fell. She was able to crawl to the den, where Colt was watching TV. Because her speech was slurred, at ﬁrst Colt thought she was playing with him and ignored her. Then he realized something was wrong.

“I was able to point to my phone and say ‘phone,’ and he got it for me and dialed daddy,” Kennetta said.

Colt told his dad, Tony, that Mommy was sick and he needed to come home right away.

“I could hear the background noise and then Colt picked up the phone,” Tony said. “I said, ‘Colt, what’s wrong with mommy? Is she down on the ground? Is she hurt?’ And he said, ‘Yes,’”

Tony rushed home from work and immediately recognized that Kennetta was having a stroke. He took her to the Comprehensive Stroke Center at Norton Brownsboro Hospital.

Within minutes, Kennetta was given a blood clot-dissolving medication called tPA. She then underwent a minimally invasive surgical procedure to remove the clot that was blocking life-giving oxygen and blood from getting to her brain.

“With a stroke, every second and every minute counts,” said Gauhar A. Chaudhary, M.D., Norton Neurology Services. “After the onset of symptoms, the window to administer tPA is very short.”

Today Kennetta has no permanent side effects from her stroke. She is lucky. One person dies from a stroke every four minutes. Stroke also is the No. 1 cause of long-term disability.

Dr. Chaudhary says the quicker symptoms are noticed and treatment can begin, the better the chance of not suffering the lasting, damaging effects from a stroke.

Learn the signs of stroke

Three area ﬁre departments recognized Colt for his heroic efforts; he wants to be a ﬁreﬁghter when he grows up. They gave him a taste of what the job is like by letting him spend some time on a ﬁre truck — though Colt already is off to a good start with his quick thinking under pressure.

Kennetta and Tony hope their experience will motivate other families to talk to their children about what to do in an emergency and how to dial 911.