Congestion, cough and no time to get to a doctor | Norton Healthcare Louisville, Ky.

Congestion, cough and no time to get to a doctor

Congestion, cough and no time to get to a doctor

After answering some questions and a phone call with a nurse practitioner, Tim got a diagnosis and a prescription – all from his phone 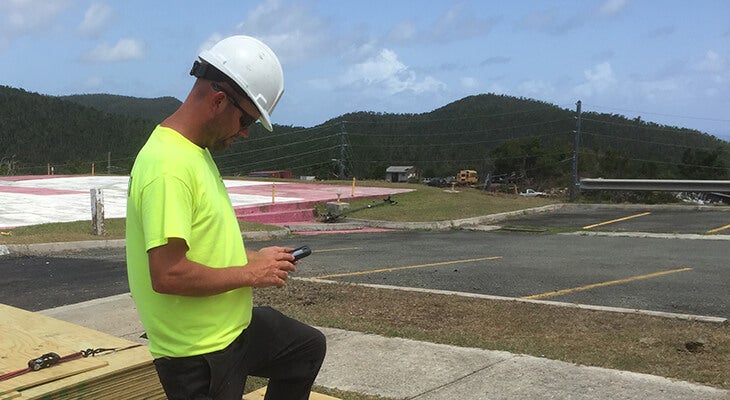 When Tim Reynolds of Shelbyville, Kentucky, came back from an extended business trip, he was hit with what he thought were allergies. Then he started feeling worse and worse.

“I was away from the Ohio Valley for several weeks, then came back to the hot, humid growing season, so I thought I had the typical ‘crud,’” he said. “Then I started feeling really bad.”

Days turned into weeks with a persistent cough. Tim could tell the cough and congestion weren’t going to go away on their own.

Finally, he admitted defeat. He had toughed it out longer than he should have. But a trip to the doctor? It’s just a cough and who has the time?

“I had so much catching up to do at home, plus a busy job and a hectic schedule — I just didn’t feel I could pull myself away to get to the doctor,” he said. “And, honestly, I didn’t want to ‘bother’ a doctor for something minor.”

How to get treatment quickly – by phone – and start feeling better

Tim had heard about Norton eCare, and his wife persuaded him to try it. He didn’t have anything to lose.

“From my job site, I was able to get on the MyNortonChart app on my phone and submit an e-visit,” he said. “It took me less than 10 minutes to fill out a questionnaire about my symptoms. About two hours later, I got a phone call.”

Try Norton eCare from your mobile device or computer next time you are feeling under the weather.

Rachel Alexander, APRN, nurse practitioner with Norton eCare, was on the other end of the line to discuss how Tim was feeling and provide a treatment plan. She sent his pharmacy a prescription for steroids, and it was waiting for him when he arrived.

“It was so simple,” Tim said. “It was an enjoyable experience. For those of us who tend to avoid going to the doctor, this is a real game-changer!”

Rachel checked in with Tim via MyNortonChart messaging later that week, giving him an opportunity to ask questions and let her know how the medicine was working.