Scott thinks a lot about his brother as he rides on the day of Bike to Beat Cancer. “The Mile of Silence is one of my favorite parts, because it provides a time to reflect and is motivating,” Scott said.

What drives someone to pedal 100 miles year after year? For Scott, it was the loss of his older brother, Mark Walters. Mark was treated for a brain tumor at Norton Cancer Institute, where Scott and Mark’s sister worked. Mark ultimately lost his battle at the age of 53. For Scott, it was the “most devastating” loss he has experienced in his life. According to Scott, watching his parents grieve was especially hard.

Scott was and is still determined to prevent other families from experiencing that same devastating loss. Scott thinks a lot about his brother as he rides on the day of Bike to Beat Cancer.

“The Mile of Silence is one of my favorite parts, because it provides a time to reflect and is motivating,” Scott said.

The camaraderie of fellow riders — especially those on the 100-mile route — as well as the volunteers cheering and supporting riders at the pit stops also helps with encouragement. “People thank you, refill your water bottle and hold your bike while you rest at the stops. The stops are so impressive,” Scott said.

Not even rain, storm winds or a pandemic can stop Scott from riding in memory of his brother.

Recalling his ride in 2018 as thunder boomed and lightning flashed, Scott said, “People in their cars driving past me must have thought I was crazy.”

At the time, the thought of stopping was not even an option.

“I thought, as bad as this is, and as hard as the winds are blowing, this can’t even compare to what my brother went through,” Scott said.

In 2020, amid pandemic-related changes to the event, Scott kept his promise to his donors to ride 100 miles by cycling a loop around Georgetown, Kentucky, near his home.

While he rides, Scott carries a list of names with him of loved ones who are battling cancer or who have lost their battle with cancer. After crossing the finish line, Scott gives his medal to one of the people or families on his list. He also shares the Bike to Beat Cancer jersey he earns every year with a family member or friend who is starting to cycle — to encourage them to join Bike to Beat Cancer.

Each year, Scott has been a Bike to Beat Cancer Champion, raising more than $1,000 to support Norton Cancer Institute. Scott hopes that through the funds raised, additional treatments and ultimately a cure for cancer will be found.

According to Scott, as long as his legs will keep pedaling, he’ll keep riding in Bike to Beat Cancer.

“I know if I am tired, and it’s painful, it’s nowhere near what my brother and other cancer patients go through,” Scott said. “I am going to finish in tribute to their fight.”

From stage 4 prostate cancer to ‘no disease detected’

During the 2018 Bike to Beat Cancer, William Cohen and his Omega Psi Phi fraternity brother pedaled through the “Mile of Silence” – a stretch of the route where riders can reflect on the cause […] 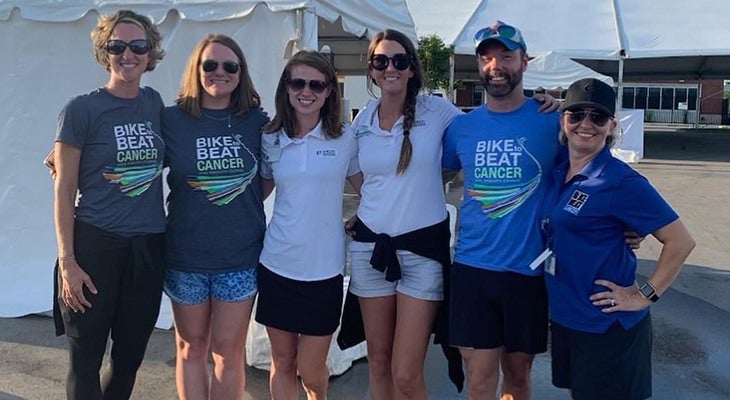 One year ago, I shared the story of one of our longtime Bike to Beat Cancer volunteers, Missy Farfsing, and her battle with a rare cancer of the spine. At the start of 2022, Missy’s […] 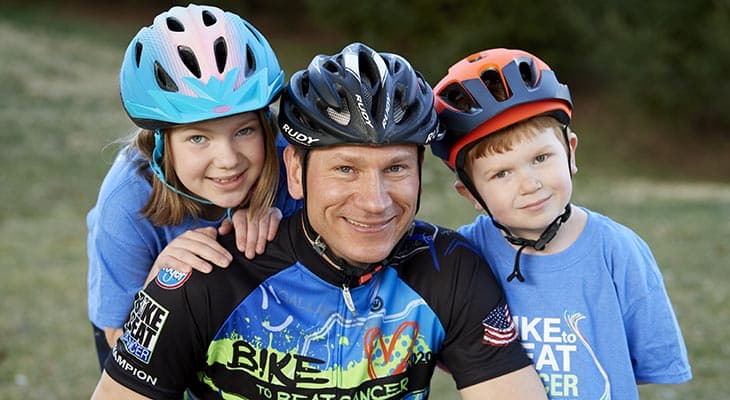 Meet Eric Winke: Riding in Bike to Beat Cancer for fun and to support patients

Eric Winke, 44, is an e-learning developer with the Norton Healthcare Institute for Education & Development. Eric, who is married with a young son and daughter, took the time to answer a few questions about […] 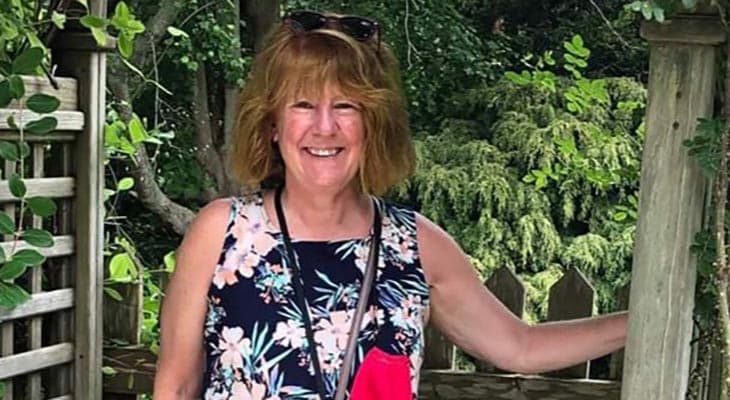 Biking to beat cancer and supporting others — from Massachusetts

High school English teacher Annemarie Finn has never been to Louisville to ride in Bike to Beat Cancer. In fact, Annemarie does not live in the region or even in the state. Annemarie lives in […] 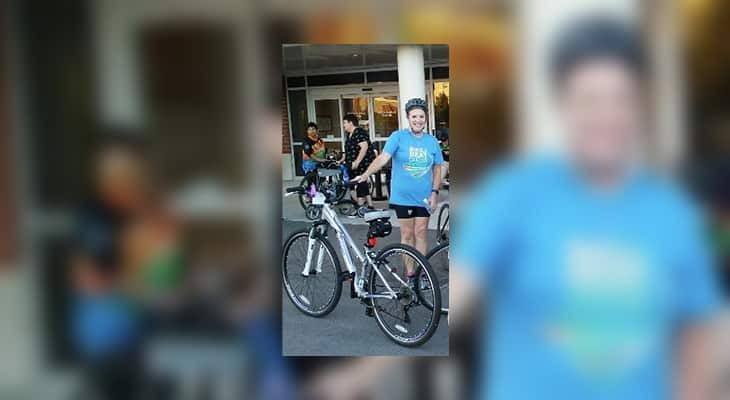 After years of watching, Debbie Cobb decided to ride

Each year, Debbie Cobb would see Bike to Beat Cancer setting up from her office on the Norton Brownsboro Hospital campus. She would see the big tents going up and hear everyone on campus getting […]