The second trimester cruise control took a sudden turn. Tests and more tests, and then finally some ice cream. Read the next installment of Megan’s pregnancy journey. 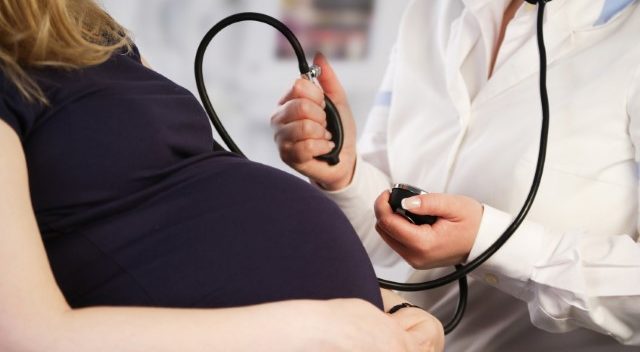 I mentioned in my first blog post that I’m not the perfect pregnant lady. I say that because while I love having a baby at the end of this, I don’t bask in being pregnant. I, like many, feel super crummy the first 13 weeks, yes, but my aches and annoyances continue throughout the whole pregnancy.

I breathe like a freight train whenever I do anything (that has something to do with all these hormones), I am chronically congested (caused by estrogen and all the extra blood), I get sharp pains in my ribs and groin, I always become anemic so I have to take extra iron, and I generally gain too much weight that makes me more tired.

One of the worst things is all the peeing. It is such a nuisance to not be able to make it through a one-hour meeting without having to go and to have to plan outings around where the restrooms are. I feel like I live in the bathroom.

I’m also Rh-negative blood type, which means I have to get RhoGAM shots if I have any sort of bleeding, which I did in my first trimester. Then I have to get another one at 28 weeks and again within three days of my delivery. I have been very lucky with no serious complications while pregnant, easy deliveries and healthy babies, so I count my blessings there.

One thing I have never had to worry about is gestational diabetes. I’ve never failed the sugar screening in the second trimester — until this pregnancy. I was beside myself that I had flunked and would have to go to the three-hour test to check if I had gestational diabetes. Since I had never had an issue with round 1 of the tests in the past, I had this unsettling feeling that I was going to test positive for gestational diabetes, which brings with it a whole other set of struggles during pregnancy.

I anxiously counted down the days until my three-hour test, and the morning of, I was totally prepared. I hadn’t eaten or drank anything since midnight and I was ready for my four blood draws over three hours to tell me if I had it or not.

The test was not fun. After four hours I was so parched — not hungry — just dying of thirst, I had a killer headache, I was tired and the multiple pricks in each arm were painful. I was down in the dumps thinking this would prove that I had gestational diabetes and I would need to make some serious modifications in my lifestyle during the remainder of this pregnancy, and maybe even have to go to a specialist.

But, the next day, I got the call: I had passed! I was thrilled that I could continue on with my normal pregnancy and, to celebrate, I had ice cream for dinner … just because I could!

From here on out, I am anticipating a normal pregnancy. There are no more tests left to pass or fail, just a few more months of getting big and uncomfortable. Now I just need to seriously focus on getting everything and everyone ready for baby No. 3.