Foods that trigger migraine attacks are different for everyone, but some common suspects include gluten, monosodium glutamate (MSG), alcohol, artificial sweeteners and caffeine. 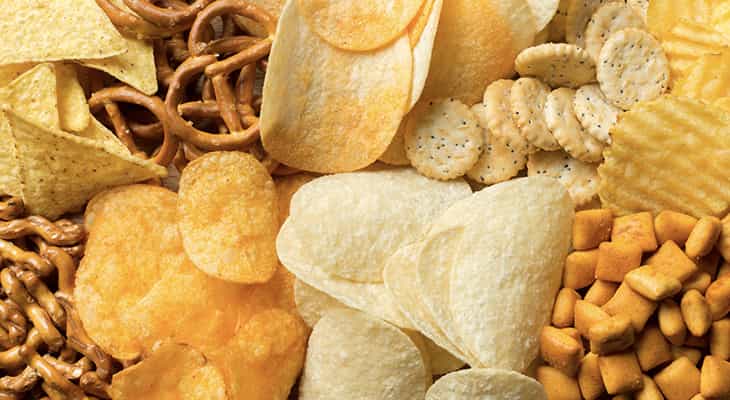 While migraine is not caused by certain foods that we eat, for some people with migraine certain foods can trigger migraine attacks. The foods that can trigger migraine attacks can be different for everyone, but some common suspects include gluten, monosodium glutamate (MSG), alcohol, artificial sweeteners and caffeine. Chocolate is often cited as a trigger, but that’s a debatable point.

Everyone who experiences migraine can reduce their likelihood of a migraine attack by avoiding meal-skipping that causes blood sugar fluctuations and may result in a headache, according to  Brian M. Plato, D.O., headache medicine specialist and neurologist at Norton Neuroscience Institute.

A broad strategy includes eating regular small meals throughout the course of the day, drinking about two or three quarts of water and avoiding preservatives and chemicals in your diet, according to Dr. Plato.

“Plan on eating more whole foods, sticking with a regular food schedule and getting plenty of water,” he said.

Moderate exercise three to five times a week, totaling about 150 minutes, can help. Running and biking aren’t for everyone, but yoga is something you can do at home with videos as a guide.

Those with a gluten sensitivity are more likely to have migraine. Migraine is more prevalent in individuals who had celiac disease. A gluten-free diet may be appropriate for patients who have migraine and gastrointestinal symptoms such as bloating and diarrhea.

MSG is a common trigger. MSG occurs naturally in many foods such as tomatoes and cheeses. It’s also used as an additive to fast food, snacks, seasoning blends, frozen foods, processed meats and more to add an umami, or savory flavor.

Red wine probably is cited the most often, and vodka probably the least. Those with migraine may also be more susceptible to hangovers. Dehydration from alcohol may trigger a migraine attack.

Also, preservatives like nitrates can have vasodilatory effects — flushing or warmth as blood vessels near the surface of the skin widen.

Patients are more likely to have a migraine-like headache after drinking, but not necessarily other hangover symptoms. Small levels of alcohol may not necessarily increase the frequency of migraine attacks unless paired with an additional trigger, such as stress or sleep deprivation.

Aspartame, sucralose and others can trigger migraine headaches for some, but not others. Dr. Plato advises using caution with artificial sweeteners.

Caffeine is in many over-the-counter migraine medications, but when consumed frequently it can lead to more headaches — rebound headaches and overuse headaches. Sudden withdrawal from caffeine can increase headaches.

Chocolate is labeled a migraine trigger by many, but there could be confusion between it and the craving of sweets that can precede a migraine.

There may be some chemicals in chocolate that can lead to headache. But there’s no reason to throw away all the chocolate in the house right away.