A look at Emilia Clarke’s essay and common misconceptions about brain aneurysms. 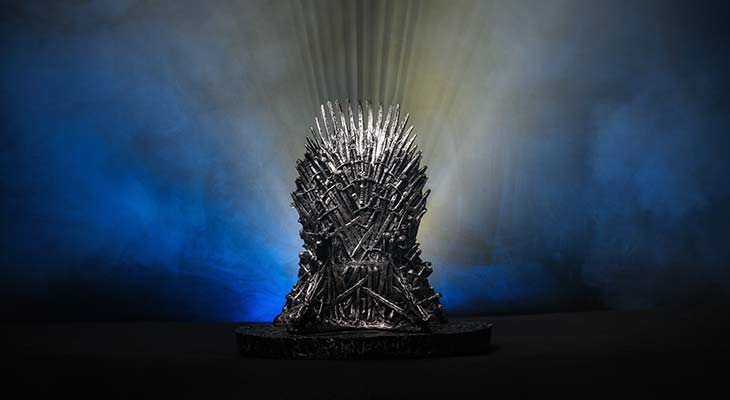 You may know actress Emilia Clarke from the hit HBO series “Game of Thrones.” She plays Daenerys Targaryen, a central character in the show. If you’re not a huge fan of the series or just not that familiar with it, you may know Daenerys by her long blond hair and dragons that are often shown with her in promotional photos.

Just as the eighth and final season of the show was set to begin, Emilia’s personal essay about suffering through and surviving two brain aneurysms was published in The New Yorker magazine.

Emilia’s story raises awareness of a life-threatening condition that affects about 6 million Americans.

Are headaches, migraines or fainting early signs or symptoms of a brain aneurysm?

In her essay, Emilia looks back to her teenage and young adult years and remembers a debilitating migraine, as well as several episodes of lightheadedness and dizziness that sometimes led to collapse. She wonders if these were warning signs of her brain aneurysms.

“Usually headaches are not related to an aneurysm. In fact, aneurysms do not cause a headache unless they rupture or rapidly change shape,” Dr. Yao said. “However, people with aneurysms may have a headache or migraine disorder that is a separate issue from their aneurysm. Often, an aneurysm is found because a magnetic resonance imaging (MRI) scan of the brain is ordered for a patient experiencing chronic headaches, or for some other reason. The headaches may lead to the diagnosis of the aneurysm, but the aneurysm is not related to the headaches.”

Does exercise or other intense activity cause a brain aneurysm to rupture?

Emilia was at the gym when her first brain aneurysm ruptured. A terrible headache suddenly overcame her while she was doing a plank exercise. Did the exercise cause her brain aneurysm to rupture?

According to Dr. Yao, it’s not unusual for a brain aneurysm to rupture during exercise or other physical activity, but brain aneurysms also commonly rupture when people are doing nothing.

“The ruptured brain aneurysm is what causes the sudden headache, but the exercise or activity did not necessarily cause the aneurysm to rupture,” Dr. Yao said.

There are conditions unrelated to aneurysms where people experience headaches when they exercise, according to Dr. Yao.

“Exertional headache syndrome is when people experience headaches during periods of exertion. These headaches can feel as bad as an aneurysm rupture, but they are not associated with aneurysms. This condition can be treated with medicine, so talk to your primary care provider if you’re experiencing exertional headaches so the proper screening and treatment can be ordered,” Dr. Yao suggests.

Are vomiting and trouble moving symptoms of a ruptured brain aneurysm?

When her first brain aneurysm ruptured, Emilia nearly crawled to the locker room, vomited and things became blurry. Is this what it feels like to have a ruptured brain aneurysm? People can vomit and have visual disturbances with migraines, so what’s the difference?

Dr. Yao makes the connection between pregnancy contractions and the pain from a ruptured brain aneurysm. Stay with him.

“When my wife was pregnant with our very first child, everyone told us, ‘you’ll know when it’s time.’ But she had never had contractions before so we went to the hospital once, and it was a false alarm. But then one morning she came to me and said, ‘we’re having a baby.’ She knew,” Dr. Yao said. “If you have a ruptured brain aneurysm, you’ll know you need to go to the hospital. The pain will be worse and different than any headache you’ve had, and you can have associated symptoms such as vomiting, nausea, lethargy or drooping on one side of your face, arm or leg.”

In her essay, Emilia mentions that when she experienced the symptoms of a ruptured brain aneurysm, on some level she knew her brain was damaged.

Emilia described that during shooting for the second season of “Game of Thrones,” she felt like she was going to die “every minute of every day.” She knew she had a second aneurysm that her doctors decided not to treat, but they continued to monitor it.

According to Dr. Yao, the fear that Emilia describes feeling is common with patients who face major health diagnoses.

“Patients have about a 20 to 25 percent chance of having multiple aneurysms,” Dr. Yao said. “There are a number of factors surgeons take into consideration to determine whether to treat an unruptured aneurysm. Brain aneurysm patients are followed long-term, and some we’ll follow throughout their life.”

Can a ruptured brain aneurysm affect your personality?

In her essay, Emilia jokes that one lasting effect of her ruptured brain aneurysm was that it took away her good taste in men. Joking aside, is that possible?

“With a ruptured brain aneurysm or any brain trauma or stroke, the brain can be injured. Depending on what part of the brain is affected, anything can change, because the brain controls everything about who we are and how we function. So yes, it is possible for her taste in men to change,” Dr. Yao said. “Other things that can be affected are movement, coordination, taste in food, the way people see things, the way they think, their personality, etcetera. The hope is, like Emilia Clarke, you’ll recover from a ruptured brain aneurysm and be the same person you were before.”