With renewed energy after gastric band surgery, Jerad Millay has no problem keeping up with his two boys. 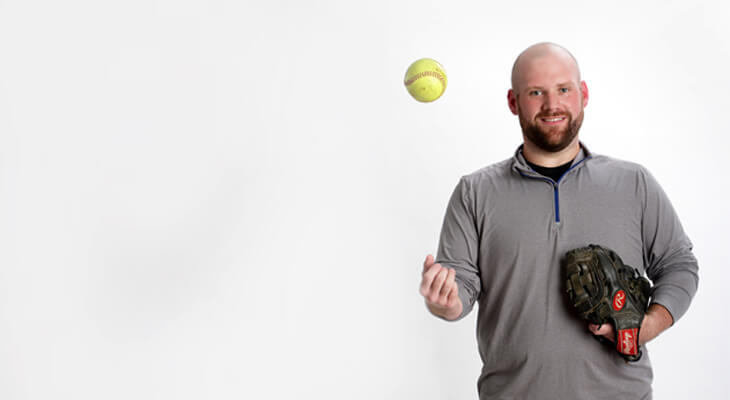 Becoming a dad was Jerad Millay’s greatest source of pride. But when his son began taking those first precious steps, he realized he needed to take a different step, too. Years of unhealthy habits sapped his energy and left him wondering — at just age 26 — if he’d be around long term for his family.

“I tried just about every other weight loss method, from tracking points to low-carb to juicing, and everything in between,” Jerad said.

Jerad decided to take charge of his health and future with gastric band surgery, a type of weight loss surgery.

“I opted to have surgery because I thought it would be the tool I needed to kick-start a weight loss journey I was ready for,” Jerad said. “And it did.”

The journey has not always been easy, but Jerad received a tremendous amount of support, both at home and from his gastric band surgeon, Benjamin D. Tanner, M.D., bariatric surgeon with Norton Surgical Specialists.

Discover how our board-certified specialists can guide you through your weight loss journey.

“My wife has been my greatest support,” Jerad said. “I do the cooking, but she provides emotional support and acts as a verbal subconscious, reminding me to be thoughtful of the standards I need to live by with the band.

“Dr. Tanner, my surgeon, has also been an incredible support throughout my journey. Every time I go into the office, he knows my goals and provides encouragement and counsel to help me continue to thrive after surgery.”

According to Jerad, to maintain his 140-pound weight loss after surgery, he stays active and tries his best to maintain the standards he held for the first several months after his surgery. Gastric band surgery is a lifestyle change, not a quick-fix diet regimen, according to Jerad.

Though the changes Jerad made are now just a part of his life, success at first came as a bit of a surprise.

“It surprised me that I actually lost the weight and am so much healthier now,” Jerad said. “I didn’t have to just accept what I’d been telling myself — that I was just a big guy that does big guy things.”

With his renewed energy, Jerad now has no problem keeping up with his growing family — he is now father to two boys, ages 5 and 1. And although keeping up with two is harder than keeping up with one, Jerad realizes it would have been impossible 140 pounds heavier.

Jerad is thankful for what he has gained from his weight loss journey.

“My confidence is at an all-time high,” Jerad said. “I can run faster and longer. I get to be a physical example for my boys as they grow. And I can help show them that food is a necessity for life, not an anchor or dependency.”