Get the lead out | Norton Healthcare Louisville, Ky.

Get the lead out

Get the lead out

How to decide if you should filter your tap water 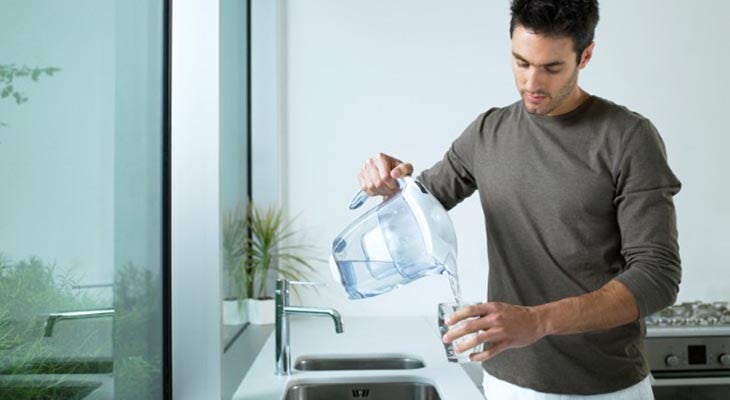 Louisville is renowned for its delicious drinking water. In fact, our H2O was named “best-tasting tap water in America” by the American Water Works Association in both 2008 and 2013.

So, if it tastes so good and refreshing, then it must be clean, safe and healthy, right?

Now, lots of health-conscious folks want to know if there are benefits from drinking filtered water as opposed to municipal tap water.

Some people are more susceptible to contaminants in drinking water than the general public.

“Immunocompromised patients of particular concern for diseases that may be prevented with water filters are those with AIDS or HIV, those undergoing chemotherapy or some types of radiation therapy, those with organ transplants (because they are on medicine to suppress the immune system) and those with hereditary or acquired immune deficiency,” said Lori A. Caloia, M.D., a family medicine physician with Norton Community Medical Associates – Audubon West 200. “These people should seek the advice of a health care provider about filtering their water.”

The Environmental Protection Agency regulates more than 80 contaminates — including arsenic, E. coli, cryptosporidium, chlorine and lead — that may be found in drinking water from public water systems.

Drinking water, including bottled water, may reasonably be expected to contain at least small amounts of some contaminants that are very unlikely to pose a health risk.

Lead tends to be the potential contaminant that most people worry about.

But it is not a public health concern as it relates to Louisville’s drinking water, according to Kelley Dearing Smith, communications director for Louisville Water Company.

“Louisville’s drinking water does not contain lead when it leaves the treatment plants,” she said.

However, Dearing Smith said lead can become a risk for drinking water if it travels through old lead pipes and plumbing to reach consumers’ taps.

Louisville Water began replacing its lead service lines in the 1980s. Today, less than 3 percent of the company’s service lines contain lead. Another 1,000 lines will be replaced in 2016, getting closer to the water company’s goal to have all lead pipes removed by 2025.

The Ohio River supplies two of Louisville Water’s treatment plants that service more than 850,000 people in Louisville Metro and parts of Bullitt, Nelson, Oldham, Shelby and Spencer counties every day.

Dearing Smith said both treatment facilities are among only 14 plants in the United States to have received the Phase IV “Excellence in Water Treatment” award from the Partnership for Safe Drinking Water. This elite award recognizes plants that have the highest level of performance and produce water quality that surpasses required federal standards.

She said if anyone wants to know if their water contains too much lead, Louisville Water offers a free test for its customers.

If you have lead pipes and your water has been sitting unused for several hours, the EPA recommends minimizing lead exposure by flushing your tap for 30 seconds to 2 minutes before using water for drinking or cooking.

Are your filters working?

“We don’t believe there’s a huge need. We’ve done the filtering for you,” she said.

However, she recommends that customers wanting an extra level of carbon for better taste or who have an infectious disease or concerns about lead in drinking water do their homework while shopping for water filters. Also, carefully follow filter manufacturer’s directions on use and maintenance, including cleaning schedules.

Dr. Caloia offers some advice on choosing and using a water filter: The smaller filtration pores, the better they will protect. Also, immune-compromised people should not change the filter themselves because that could expose them to the very germs they are trying to avoid.

Filtered water or purified water is not always ideal in cases where most chemical impurities are removed, because it’s also removing beneficial fluoride.

“Our public water sources typically contain fluoride, which helps to protect our teeth,” Dr. Caloia said. “This is particularly important in our young children because it helps prevent dental decay, another important public health issue.

“If parents insist on filtering their water or giving their children only bottled water, they should talk to their pediatrician or family physician about fluoride supplementation.”

Have a concern about whether your water is affecting your health? Your family physician is here to answer your questions. Need a physician? We can help.