Having a baby soon?

Having a baby soon? 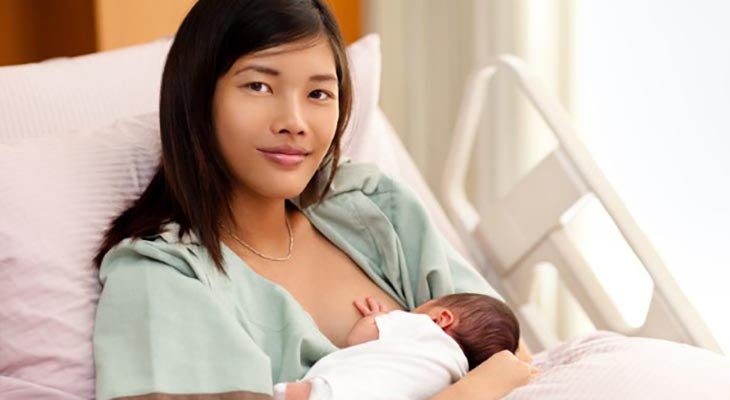 One out of every two newborns around the world is being put at risk because they are not breastfed within an hour of birth, according to UNICEF.

“Breastfeeding an infant within the first hour of birth is crucial for good health,” said Elizabeth Doyle, M.D., internal medicine physician and director of lactation services for Norton Healthcare. “It provides essential nutrients and antibodies, as well as sets the foundation for the critical bonding period between mother and child.”

The first milk, or colostrum, is often called “liquid gold.” It is packed full of infection-fighting ingredients and concentrated nutrients. An infant is often quite alert right after birth, and it is a great time for the baby to latch for the first time.

“Making babies wait too long for the first critical contact with their mother outside the womb decreases the newborn’s chances of survival, limits milk supply and reduces the chances of exclusive breastfeeding,” said France Bégin, UNICEF senior nutrition adviser in a news release.

A recent study discovered that more than 800,000 children’s lives would be saved worldwide each year if nearly every mother breastfed her baby at birth.

Delays in beginning breastfeeding up until an infant is 23 hours old also increase the risk of death to 40 percent within the first 28 days. When breastfeeding is delayed 24 hours or more, the risk climbs to 80 percent.

Breastfeeding has long been touted as the best food for babies.

But women in Kentucky, especially, still lag behind.

The commonwealth ranks 48th out of the 50 states in breastfeeding rates, according to the Centers for Disease Control and Prevention (CDC) 2014 Report Card on Breastfeeding. Only West Virginia and Louisiana have lower rates.

In Kentucky, 61.3 percent of mothers have ever breastfed. The national average is 79.2. Six months after giving birth, only 31.5 percent of Kentucky moms are still breastfeeding.

“We know that some women have difficulty breastfeeding, but there is help if they would like to try,” said Jena Booker, R.N., registered lactation consultant at Norton Women’s & Children’s Hospital. “We’re here to support a women’s decision to breastfeed.”

Norton Healthcare Lactation Centers and Services, a part of Norton Women’s Care, include one-on-one assistance with breastfeeding issues including pumping and back-to-work consultations, individual prenatal consultations to prepare an expectant mother for breastfeeding and assistance with special needs infants, multiples and babies having difficulty with weight gain. Specialists also have the capability to analyze breast milk for fat and caloric content.

The Baby Bistro & Boutique, a shop within Norton Women’s & Children’s Hospital, sells and rents breast pumps and parts, breastfeeding bras, breastfeeding pillows and many other breastfeeding supplies and support items. The shop was created with support from the Norton Healthcare Foundation.