Is your noisy home hurting your toddler?

Is your noisy home hurting your toddler? 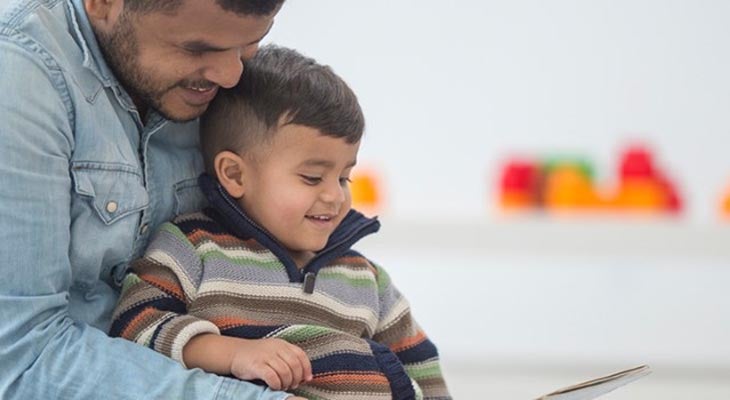 Is your TV or radio playing most of the day? It could affect how your child can learn new words, according to a study from the University of Wisconsin at Madison.

When looking at children between 22 and 30 months, learning new words was easier when their living area was quiet versus noisy.

By 18 months, most toddlers can say about 20 words. By the time they turn 2, that increases to 50-plus and they’re starting to combine two words and make simple sentences.

At this age, a child should also be able to point out common things on people and in pictures, such as eyes, dog and hat. A 2-year-old should be able to follow a two-step command, such as “Please get the toy and bring it here.”

“This study shows that you should turn off the TV and radio and sit down with your child — even when that child is an infant,” said Erin Frazier, M.D., pediatrician with Norton Children’s Hospital Medical Associates – Broadway. “Read a book, play a game or just have a conversation. Avoid the computer or other device and instead use your voice. Not only will it help your child’s language, it will help the two of you bond.”

If you can’t avoid a noisy living environment, such as when extended family are living in the same home or there is noise that cannot be controlled, you can overcome noisy distractions by taking time to focus your toddler’s attention to your speaking and the sounds of new words.

Some common issues that may affect a child’s speech are hearing impairment, problems with the tongue or roof of the mouth, and oral-motor delays, which are caused by issues in the area of the brain that controls the muscles used during speech.

“Many issues can be fixed as long as your child gets help at an early age,” Dr. Frazier said.

Looking for a pediatrician? Contact the Norton Children’s Hospital Access Center at (502) 629-KIDS or find one near you.