How a small-town kid became a big-time physician

How a small-town kid became a big-time physician 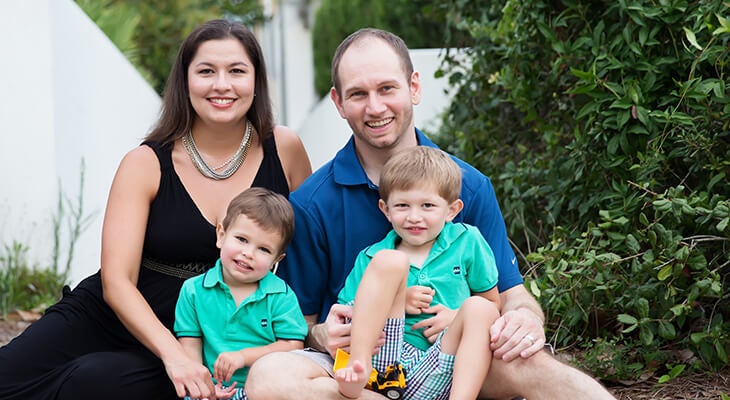 “A gadget guy” is how Kent Morris, M.D., describes himself, but that doesn’t mean he keeps his eyes glued to his phone all day. As an electrophysiologist, he relies on advanced technology for tasks such as building a three-dimensional map of the heart.

Electrophysiologists like to say that the heart has a plumbing system and an electrical system. They’re in charge of fixing the “electricity,” such as atrial fibrillation and heart rhythm issues. As a specialty, electrophysiology is relatively young and small, but quickly growing.

He’s a small-town kid from Eldorado, Illinois (population 4,000), about an hour’s drive west of Evansville, Indiana. Dr. Morris decided he wanted to be a doctor in high school. He first considered becoming a family doctor because he didn’t know anything else.

As he progressed through medical school at Southern Illinois University, he became very interested in cardiology. He enjoyed studying heart rhythms and analyzing EKG readings. Electrophysiology caught Dr. Morris’s eye as a way to combine his interests in technology and cardiology. Dr. Morris revels in the ability to cure patients and hear them talk about how they feel better than ever.

Touching lives is the main goal for Dr. Morris. All of his actions are directed toward what’s best for his patients. He’s currently participating in a Physician Master of Business Administration program at the Kelly School of Business at Indiana University. His plan is to bring principles he learns from the program back to his practice. Dr. Morris strives to standardize and improve procedures, allowing him to see more patients and touch more lives.

A healthy heart is what Dr. Morris seeks for all of his patients, and he tends to his own heart care through exercise. He enjoys working out to keep up with his two young children.

When he has spare time, he enjoys reading books that complement his MBA education. He listens to a variety of music and tries to keep up with modern trends, although he favors jazz. Dr. Morris’s skills extend to his Big Green Egg grill. He strives to make restaurant-quality steak and pizza in his backyard.

Dr. Morris’s one health tip is to create healthy habits to avoid unhealthy behaviors. For example, if you want to cut down on dessert but always keep cookies in the house, it’s a good idea to change your habit instead of trying to avoid temptation.