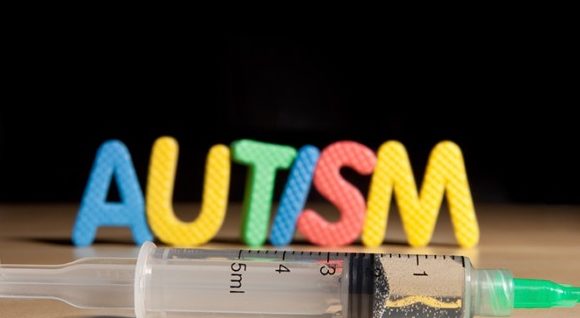 Robert De Niro has been in the news lately for a film he has a personal connection to, “Vaxxed,” which was pulled in April from the Tribeca Film Festival, which the actor co-founded.

The film delves into a supposed link between the measles-mumps-rubella vaccine and autism. According the Centers for Disease Control and Prevention, physicians and many scientific organizations, the link is unfounded.

De Niro recently discussed the film and its controversy on national TV, sharing that autism is personal for him and he wanted to bring awareness to the topic.

Autism is personal for me, too. My son, Glen, has Asperger syndrome, which is on the autism spectrum.

Autism and autism spectrum disorder are a group of complex disorders that affect brain development. They are characterized by difficulties in communication, social interaction and repetitive behavior patterns.

Autism is being diagnosed more now than in previous decades, according to Stephen K. Johnson, M.D., a pediatrician with Norton Children’s Hospital Medical Associates – Springhurst.

He says debate remains on whether this increase is because there are more children with autism, changes in diagnostic criteria, more frequent autism screening, physicians’ increased familiarity with the signs of autism or a combination of all of these factors.

Increasing evidence suggests genetic factors and brain abnormalities are responsible for the development of autism.

“Although a 1998 study suggested that vaccines cause autism, the study and its author have been discredited after the results were found to be based on fraudulent data,” Dr. Johnson said. “Since that time, hundreds of well-designed studies involving over a million children have been conducted without finding any support for the idea that autism is caused by vaccines.”

I field the question about autism and vaccines a lot.

My answer is a little less scientific than Dr. Johnson’s: I say it doesn’t matter.

During a discussion about research, Glen asked me if he was sick.

Asperger is part of what makes my son who he is. There is nothing wrong with him. He does not need a “cure.”

In our family, we accept Glen for who he is and focus on his strengths rather than the why of a situation I cannot and would not change. I would rather work through ways to help him be successful. I found that advocating in school for services and appropriate class placement served me better than advocating for a cure or a change in vaccine policies.

One day, I may decide to help focus on the whys and volunteer to help groups working to find ways to beat autism through better detection. Better yet, I might work with groups that help people with autism find a path to independence — whatever that looks like.

But today, I choose to make a difference in autism one child at a time. Starting with my son.

If you have concerns about vaccines or autism, be sure to talk with your pediatrician. If you don’t have a pediatrician or family doctor, we can help you find one.