No one would miss me if I were gone | Norton Healthcare Louisville, Ky.

No one would miss me if I were gone

No one would miss me if I were gone

Teens really do say things you need to pay attention to. Opening a dialogue about suicide can save lives. 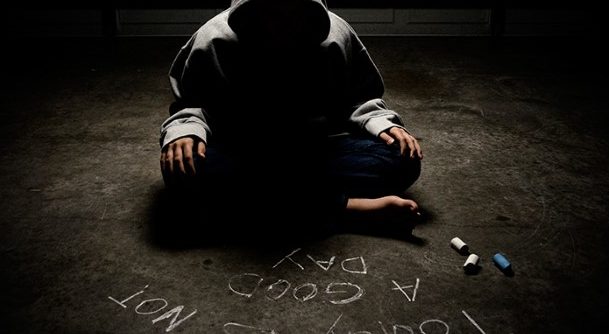 The pressures teens face today are enormous and much different than what most adults faced at their age.

During these formative years, teens simply aren’t equipped to handle a lot of stress. As a result, more than ever teens are turning to suicide as a way out. In Kentucky alone, suicide is the second leading cause of death in people ages 15 to 34.

“One of the last parts of the brain to develop is the prefrontal cortex, which is essential for decision making, planning and behavior regulation,” said Stephen K. Johnson, M.D., pediatrician and licensed child psychologist with Norton Children’s Hospital Medical Associates – Springhurst. “In addition, teens release significantly more stress hormones for a longer period of time than adults when exposed to stressors.”

The combination of increased, prolonged stress hormones flooding the underdeveloped part of the teen’s brain can result in impulsive, poorly thought-out decisions, including suicide.

To make matters worse, most teens who attempt suicide have a mental health condition or substance abuse problem. These types of issues cause them to be even less capable of coping with stress, rejection, failure, breakups and family turmoil.

You may be saying to yourself, “Not my teen. I know my teen.”

So many parents who have lost a child say they never knew their teen was thinking about suicide. That’s because it may not be obvious. A teen isn’t necessarily going to say, “I’m thinking about killing myself.”

However, there are warning signs you can look for. Always take seriously comments such as:

“These types of phrases, as well as changes in your child’s behavior, should prompt a parent to have a conversation with their child,” Dr. Johnson said. “And approaching that conversation in the right way is key.”

Teens need to know it’s safe to share their innermost thoughts and feelings with you. That comes from an open line of communication that has developed over time.

First, try to determine what stressors are occurring in your child’s life by asking open-ended questions, such as, “Tell me about your biggest source of stress right now,” rather than, “Is anything bothering you?”

Reassure your teen that you will support him or her through it. Your teen’s ability to problem- solve, plan or make decisions may be impaired due to stress. Help your child generate possible solutions to the current stressor.

“If you suspect that something is bothering your child, but he or she is unwilling to talk about it with you, take your child to his or her pediatrician,” Dr. Johnson said. “Pediatricians are familiar with common teen stressors and are trained in screening adolescents for depression.”

Your pediatrician may be comfortable treating depression or will refer your teen to a specialist for treatment.

Suicide is 100 percent preventable
Don’t be afraid to use the word suicide when talking with your teen. Talking about it won’t plant ideas in your teen’s head.

If you think your teen is in immediate danger, don’t wait. Take him or her to a hospital emergency department, or call 911 or a suicide hotline — such as the National Suicide Prevention Lifeline at (800) 273-TALK/273-8255.

Help your child build skills to succeed through stress
•Encourage ways to solve problems, resolve conflicts and handle issues in a nonviolent way.
•Build strong connections to family, friends and community support (studies show a teen should have at least three adults they feel comfortable turning to).
•Support a foundation of cultural and religious beliefs that provide an outlet for coping through prayer, faith in a higher power or behaviors rooted in ethnic customs.