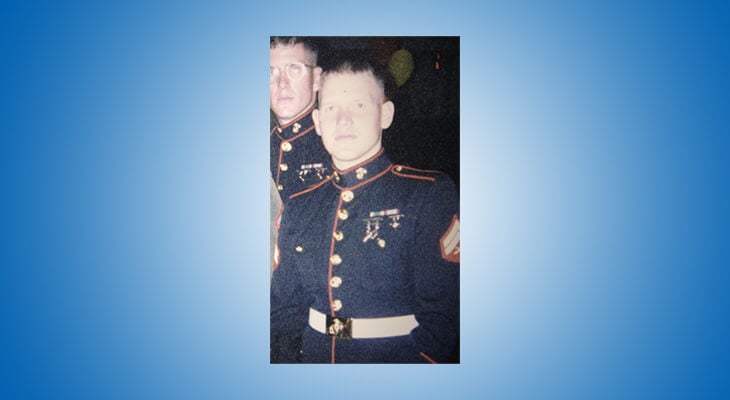 Chandler Hegg’s days are spent leading a team that takes care of patients following surgery at Norton Women’s & Children’s Hospital. His job as a nurse manager is a second career of sorts — very different from his first as a Marine, yet with similarities.

He was on active duty for seven years, first as an artilleryman, then on Marine Security Guard duty. In that role, he provided protection at U.S. embassies and consulates across the world.

“I felt an honor in protecting U.S. embassies and the diplomats inside the walls,” he said. “I kept them safe, and they depended on me.”

A path to nursing via the O.R.

Now, Hegg is watching over a different group depending on him to keep them safe.

“Today, my team works with vulnerable people at vulnerable times in their lives, and we get them through those times and on to better health. It takes a lot of assurance, competence and creating a relationship with patients and their families,” Hegg said.

His journey to nursing was not direct. While recovering from an unexpected neurosurgery, he had one intensive care unit nurse who put him at ease by assuring Hegg he would be watched over and taken care of.

“Nursing was never on my mind as a career, but that’s when it clicked,” Hegg said.

But this nurse still has a lot of Marine left in him.

“The Marine Corps trains and grooms leaders from the first day of recruit training,” he said. “You build leadership little by little. I now manage a nursing unit of 65 nurses and patient care associates. I would not be an effective leader had I not had the Marine Corps leadership and training.”

To many veterans like Hegg, service to their country is on their minds daily and a constant cause for reflection. Veterans Day is a chance for the public to go out of their way to recognize their service.

Norton Healthcare recognizes and thanks all of the veterans in our community who are part of our daily lives. We’re happy to connect nearly 400 of our employee veterans through our VETS Employee Resource Group.