Norton Healthcare’s vets: Seeing the world from a C-130

Norton Healthcare’s vets: Seeing the world from a C-130

Daniel Smith served in the Air Force for more than eight years. Now he serves as a managed care analyst at Norton Healthcare. 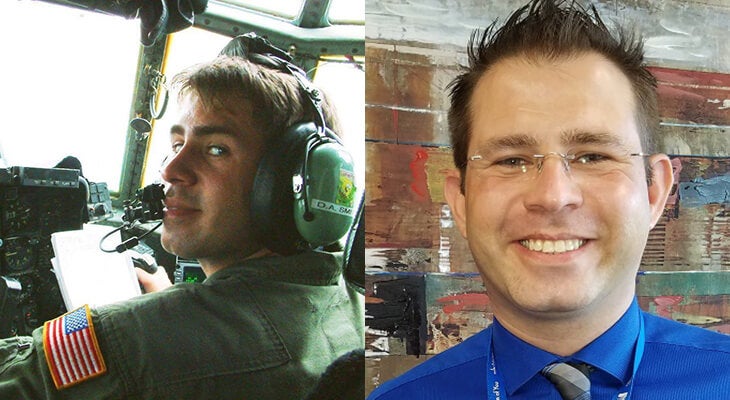 Daniel A. Smith, managed care analyst for Norton Healthcare, joined the Air Force because he was a fanatic about aviation and wanted to get into the field. He served in the Air Force slightly more than eight years. He started as a jet-engine mechanic. After he was accepted to flight school, he became a flight engineer. By the time he left the Air Force, he was an instructor flight engineer.

“I experienced the joy of flying the C-130 Hercules and was afforded the luxury to see the world,” Smith said.

As a member of a tactical airlift squadron, he was deployed several times to United Arab Emirates, Kuwait, Qatar, Djibouti and other locations. His squadron was involved in the post-9/11 conflict from the start.

Smith feels strongly that his military background has assisted him throughout his career and helped him “grow up fast.”

“The word ‘responsibility’ has a more significant meaning when you’re a 21-year-old high school graduate who has just been elevated to the role of subject matter expert, accountable for the safe operation of a $40 million aircraft,” he said.

Smith joined Norton Healthcare’s VETS Employee Resource Group because he wanted to see how he could fit in and help with volunteer efforts. He always makes sure to forward the group’s project information to other veterans at Norton Healthcare in case they want to participate. He thinks one of the best things the group can do is build camaraderie at the organization.

“When you join the military, you will likely see and do things that 99 percent of the civilian population may only see on television or in theaters,” Smith said. “Having a group that knows without asking can bring that feeling back.”

Smith’s most profound memory from his time in the Air Force was being a part of the post-9/11 conflict. The experience of meeting people, learning new cultures and seeing some of the most beautiful places in the world still resonate. He intends to take his daughter on a trip back to Greece and Italy, as the Mediterranean is a great memory for him.

Daniel Smith: Norton Healthcare thanks you for your service.