Hospital staff showered Kendall with well-wishing as she was brought by wheelchair to the chapel. 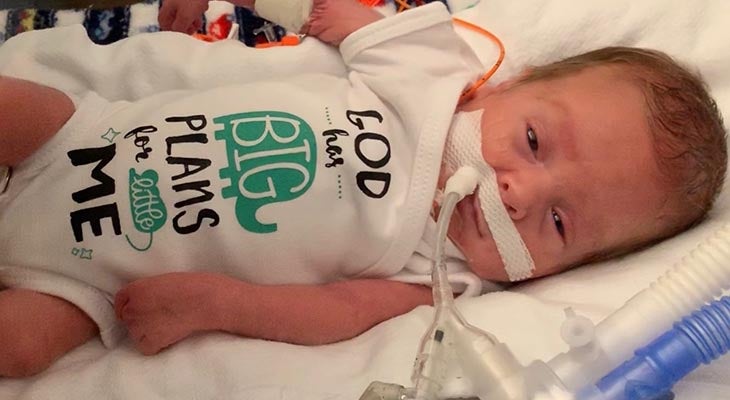 The bride beamed as she walked down the aisle on her wedding day, albeit at a different venue than the one she had originally planned.

At 25 weeks pregnant, Kendall Brady, of Campbellsville, Kentucky​​​​, went into preterm labor. She was brought by ambulance to Norton Hospital a week before her and fiance Matt Howell’s planned big day. Medical staff stopped the labor and ensured the baby was doing well, but Kendall faced an extended stay in the hospital on bed rest.

Kendall asked Greg Slentz, chaplain, Norton Hospital, if the couple could get married at the hospital and keep their wedding date. Greg assured them they could pull it off.

More parents choose Norton Hospital in downtown Louisville and Norton Women’s & Children’s Hospital in St. Matthews to deliver their babies than any other health care system in Kentucky.

‘We Had to Do Something Special for Them’

“We very much wanted to make it special for the couple,” Tiffany said. “They were going to miss out on the dream wedding they had been planning, and with a complicated pregnancy on top of that, we had to do something special for them.”

Kendall wore a white dress her parents brought from home and a string of pearls her mother had worn on her wedding day. She carried a bouquet her mother made by hand.

Just before 2 p.m. on July 13, hospital staff showered Kendall with well-wishing as she was brought by wheelchair from her room to the chapel on the second floor of Norton Hospital. After the short ceremony led by Jack Mong, chaplain, Norton Hospital, Kendall and Matt celebrated in​ the labor and delivery unit.

Staff typically plan potluck meals for the weekend shifts at the hospital, and they dedicated that Saturday’s lunch for the wedding party, said Audrey Diller, R.N., nurse manager of the antepartum and labor and delivery units at Norton Hospital.

​​“The amazing staff at Norton Hospital were willing to go the extra mile to make my day special,” Kendall said. “I got a day that was more magical and amazing than the one I planned.”

Three days after the wedding, Kendall gave birth to son Colton, who weighed 2 pounds, 4.7 ounces, and was 15 inches long. Colton was admitted to the neonatal intensive care unit at Norton Children’s Hospital, where his condition has been improving, according to Kendall.