Parkinson’s disease medications are designed to increase dopamine levels in the brain or slow the breakdown of the brain’s dopamine, lessening the tremors and other symptoms. 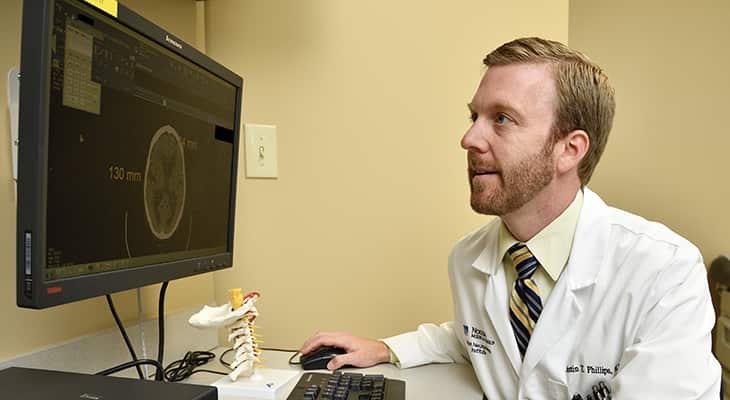 Parkinson’s disease medications are designed to increase dopamine levels in the brain or slow the breakdown of the brain’s dopamine, lessening the tremors and other symptoms.

Dopamine is a chemical involved in movement, and its decrease in the brain is central to Parkinson’s disease. By the time someone starts experiencing symptoms, dopamine levels in the basal ganglia already have dropped an estimated 50% to 75%.

Walking, movement and tremor can be managed better with Parkinson’s disease medications.

Levodopa, which the brain converts to dopamine through a natural process, is the gold standard for treatment, according to Justin T. Phillips, M.D., medical director of movement disorders at the Norton Neuroscience Institute Cressman Parkinson’s & Movement Disorders Center.

Common misconceptions about levodopa prompt some patients to wait before taking. Some patients worry they will develop a tolerance for the drug and it will stop working, it is only effective for a certain amount of time or that will cause the disease to progress faster.

“All of these are myths,” Dr. Phillips said. “In addition to being the most effective medication, levodopa also tends to have fewer side effects, particularly in the long term.”

Levodopa should be started as soon as troubling symptoms begin, according to Dr. Phillips. It will lessen disability in the long run, though it will require adjustments over time.

While Parkinson’s disease medications address symptoms, there are none yet that slow down or stop the progression of the disease.

Exercise is the only known therapy that can modify the disease itself, according to Dr. Phillips.

Thirty minutes of moderate intensity aerobic exercise at least three days a week has been shown to help people with Parkinson’s disease. According to Dr. Phillips, studies have found yoga, dance, Tai Chi, boxing and music therapy all show benefits, as have occupational, physical, and speech therapy.

Patients have access to a wide range of resources and classes to help manage Parkinson’s disease and other movement disorders.

In addition to levodopa, other medications that can be used by themselves to treat Parkinson’s disease symptoms include:

As the disease progresses, these Parkinson’s disease medications may need to be used in various combinations as motor fluctuations develop into an on-and-off-again pattern of Parkinson’s symptoms.