Megan shares part two of her pregnancy journey - the decision to try for baby no. 3 and her first trimester woes. 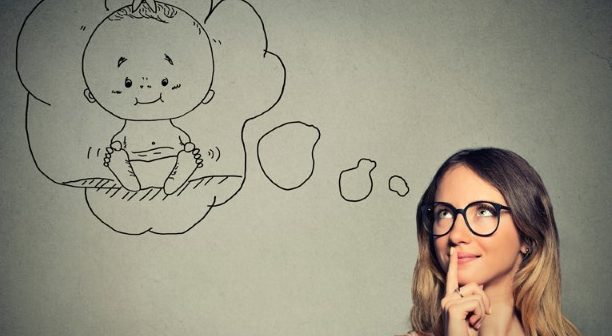 My friends, co-workers and family will tell you I’m crazy because I want a million kids. All rationale goes out the window when someone asks me how many kids I want. I usually say I would love four, will probably have three, but if finances weren’t an issue would have many, many more. So soon after our daughter, Bryce, turned 2, I got the itch to try for another baby. After begging my husband for just one more — and him somewhat hesitantly agreeing — we started trying. After four months, we were pregnant!

My first pregnancy wasn’t quite as planned. The moment I found out I was pregnant, I completely freaked out. None of my friends had kids, I had a gynecologist (not an OB/GYN, meaning my lady doctor didn’t deliver babies), and I had no clue what to do. Back then there weren’t cute little apps, blogs or Huffington Post articles that I could read with instructions, but luckily with some quick Google searches, I found out that I should find an OB/GYN pronto. I got a recommendation from a friend’s friend and called the next business day. Would you believe that they didn’t want to see me until I was seven weeks along? Did they not know this was my first time doing this? I had no clue what I was doing. I felt like this was a pretty big deal and someone needs to see me today!Now with No. 3, I took my sweet time calling the doctor. My husband and I celebrated our creation, I had already been taking my prenatal vitamins for months, I knew what foods to avoid and then sometime within a week or two of finding out, I called my doctor, scheduled my first appointment for 10 weeks, and my pregnancy went right along as planned.

And by “right along as planned,” I mean that at six weeks I started feeling terrible. I was constantly nauseated, grumpy, could barely eat or drink anything, constipated and tired. So tired that on my lunch breaks I went out to my car and took a nap in the parking garage, I barely bathed/fed my existing children, I didn’t do laundry or clean the house for six weeks, and I didn’t go anywhere or do anything. So many times during weeks 6 to 12, I would question if all this misery was worth it. But I knew that if I could just get to week 13, then a miracle would occur and I would return to the land of the living again.

My one bit of advice during this trimester — if you are feeling as miserable as I was, talk to your doctor. He or she often can give you medicine to ease the nausea and can provide tips on managing the hardship of the first trimester. My go-to options were ginger tea, snacking on crackers throughout the day, and sucking on hard candy. In hindsight, I wish I had asked for medication to help my nausea, because it really hindered my ability to spend time with my family and do things outside of working. If I could have had some relief from that, I truly think the first 12 weeks would have been so much better.