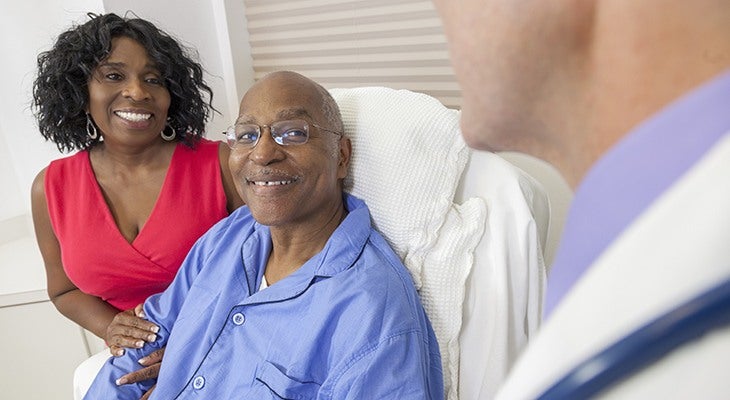 Can you stave off lethal prostate cancer by changing your diet and lifestyle? Promising research suggests yes: Those changes can go a long way in reducing the risk of developing the worst type of this cancer.

The prostate is a walnut-sized gland that is part of the male reproductive system. It is located below the bladder and in front of the rectum. As men age, the prostate tends to get larger. This is one of several prostate changes that do not signal prostate cancer.

People with a prostate gland are at risk for developing prostate cancer. In the United States, it is estimated that over 3,000,000 men are currently living with prostate cancer.  The Centers for Disease Control and Prevention (CDC) reports that 13 of every 100 men in the U.S. will get prostate cancer, and two to three of those will die from the disease.

The Norton Healthcare Mobile Prevention Center is making stops around the Louisville area.

See a schedule and make an appointment

Researchers from Brigham and Women’s Hospital and Harvard T.H. Chan School of Public Health looked at whether those at a higher risk of developing prostate cancer could slow the onset or lessen symptoms of the disease through changes in diet, activity and other lifestyle modifications.

Study participants were given a healthy lifestyle score that considered factors such as their weight, physical activity and smoking status, as well as their consumption of tomatoes and fatty fish and a low intake of processed meats.

“The decreased risk of aggressive disease in those with a favorable lifestyle may suggest that the excess genetic risk of lethal prostate cancer could be offset by adhering to a healthy lifestyle,” according to head researcher Anna Plym, Ph.D.

While the results of this study are promising, the study does not show direct cause and effect, but rather a correlation between lifestyle and prostate cancer.