How men can up their odds of surviving this common cancer 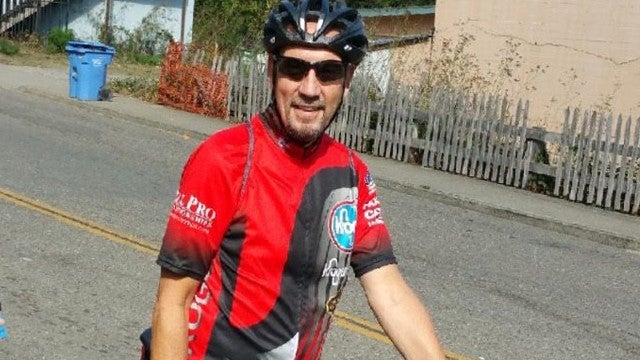 If there were such a thing as a prostate cancer “poster patient” it would be Denny Simonavice. His experience reflects why men need to:

Simonavice was diagnosed with prostate cancer in 2015 when a six-month follow-up blood test to recheck his prostate specific antigen (PSA) showed his previously elevated PSA had continued to rise. Additional tests confirmed he had intermediate-risk prostate cancer.

Prostate cancer is typically categorized as low, intermediate or high risk. The category is based on factors such as a man’s age, PSA value and cancer stage.

Several issues underscore the need for prostate cancer awareness. An absence of risk factors doesn’t mean you have no risk. Plus, screening recommendations and treatment options can vary significantly depending on many factors.

To screen or not to screen

In 2012, the U.S. Preventive Services Task Force recommended against PSA testing as a broad screening measure. It concluded that if a man had no increased risk factors, the potential harm of overtreatment outweighed the potential good of screenings.

The American Cancer Society’s position is men should make informed screening decisions with their health care providers. The organization says men should not be screened unless they have received information about the uncertainties, risks and potential benefits involved.

As a healthy, active 63-year-old, Simonavice had no significant prostate cancer risk factors. His diagnosis was made early because his physician routinely tests patients over age 50 to establish a baseline PSA.

Men who have concerns about their risks or symptoms, or who simply think it makes sense to know their baseline PSA, should talk with their doctor about screening options.

More than 85 percent of prostate cancer is curable when it’s treated in an early stage. Prostate cancer often grows slowly and tends to stay localized in the prostate gland. Because of this, “active monitoring” (regular blood tests, biopsies and MRIs) has long been considered a viable treatment option for early, localized prostate cancer.

A recent landmark study in the New England Journal of Medicine confirmed men with early localized prostate cancer can safely opt for active monitoring. The data showed that active monitoring produced the same 10-year survival rate as surgery or radiation.

When active treatment is indicated, various options are available. These can include hormone therapy, chemotherapy, surgery and radiation, which can be used alone or in combinations depending on the patient’s history and needs.

“An intermediate diagnosis meant I could go with either surgery or radiation,” Simonavice said.

After careful research, he decided on radiation. Less downtime appealed to the avid bicyclist whose treatment began the week after he rode 65 miles in Norton Cancer Institute’s 2015 Bike to Beat Cancer.

Prostate cancer symptoms include trouble urinating, bloody semen, pain in the pelvic area, bone pain and erectile dysfunction, but many men have no symptoms.

Simonavice isn’t a medical professional, but he’s come to know a lot about prostate cancer, and cancer in general. He first rode in the Bike to Beat Cancer in 2009 to fulfill a promise to his wife, Vicki, who loved cycling and lost her battle with ovarian cancer that year. He has continued to ride every year to support cancer research and programs.

He wants people to know it’s critical to make informed decisions with your health care provider to get the best outcomes possible.

Take a free online prostate cancer risk assessment to know where you stand. Then, share it with your physician.