Can a movie really cause a seizure? 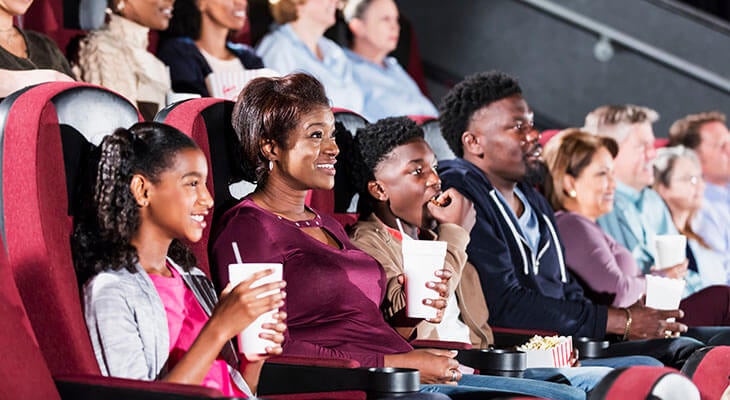 If you’ve ever fired up an Xbox or PlayStation, you’ve likely seen the warning that certain video games can cause seizures. Recently, some theaters have posted health-related warning signs about animated film “Incredibles 2” after several fans tweeted about a scene that could be concerning for people with photosensitive epilepsy. The movie also includes a warning before it begins.

Ambica Tumkur, M.D., neurologist with Norton Neurology Services, said flashing lights can cause some people to have seizures, but the condition is rare.

“Lots of flashing lights can lead to seizures, but it’s a very small percentage of the population,” Dr. Tumkur said. “It’s more common in children than adults, as some patients seem to outgrow the condition.”

Karen L. Skjei, M.D., child neurologist with Norton Children’s Hospital and University of Louisville Physicians, treats more than a dozen patients with photosensitive epilepsy, but none has described seizures during movies.

“The most common trigger is being in a car driven along a road with sunlight flashing between trees,” Dr. Skjei said. “Patients also have reported seizures while attending concerts.”

Experts advise people with photosensitive epilepsy to always take their medications — if they’re on any — on schedule. It’s also best to avoid known triggers.

“But if these situations cannot be avoided, then I’d recommend talking about your condition with any family and friends going with you so they can respond and obtain medical attention if needed,” Dr. Tumkur said.

Dr. Skjei tells her patients that if they’re potentially going to be exposed to flashing lights to wear sunglasses — preferably tinted blue — as some studies have shown they help reduce light sensitivity.

“The important thing is knowing your triggers and being prepared,” she said.

What to do if someone is having a seizure

If someone around you is having a seizure, take the following measures: