Should you go gluten-free?

Should you go gluten-free?

Only if you have celiac disease or a wheat allergy 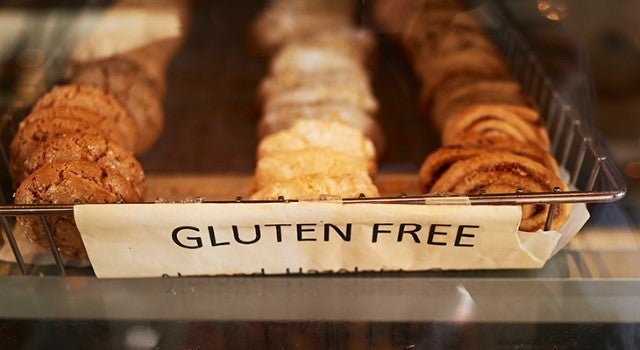 You’re at your favorite restaurant, and as you look over the menu items, you notice that several are marked “GF” — for gluten-free. While some people choose to limit their intake of gluten — a protein found in wheat, rye and barley — for a variety of reasons, people with celiac disease have no choice.

October is Celiac Disease Awareness Month, drawing attention to the autoimmune disorder that interferes with absorption of nutrients and damages the small intestine. People who have celiac disease cannot tolerate gluten, which is found mainly in food but also in certain medicines, vitamins and beauty products.

“Celiac disease can have some unusual manifestations,” said Rajesh A. Joseph, M.D., a gastroenterologist with Norton Gastroenterology Consultants of Louisville. “I have found it in patients who are chronically anemic, because celiac disease can be associated with iron deficiency and anemia. If celiac disease goes undiagnosed and is poorly controlled, it can result in certain types of cancer, including lymphoma.”

Most people with celiac disease have one or more symptoms. However, some may not have symptoms or feel sick. Sometimes health issues such as pregnancy, childbirth, bacterial gastroenteritis, viral infection, severe mental stress or even having surgery can trigger celiac disease symptoms.

“It’s important to see a doctor if you have digestive issues that go on for more than two weeks, such as bloating and persistent diarrhea, especially just after eating,” Dr. Joseph said.

If you have celiac disease, you may have digestive problems or other symptoms. Digestive symptoms are more common in children and can include:

Diagnosing celiac begins with a blood test, according to Dr. Joseph. A patient is directed to eat a gluten-rich diet for two to three weeks beforehand. If the blood tests positive for celiac, he or she is then scheduled for an endoscopic biopsy to verify the diagnosis.

If the test is negative, the patient may have a nonceliac gluten sensitivity.

“One of my standards with patients having symptoms of bloating, diarrhea and anemia is to put them on diet modifications, such as lactose-free for a month, to see if they get better,” Dr. Joseph said. “Sometimes people are allergic to wheat, which is a very common allergy.”

Should you be diagnosed with celiac disease, your physician will direct you to eliminate gluten from your diet. That can seem like an overwhelming challenge, but it’s certainly possible. Many food stores and restaurants carry gluten-free products.

“Taking charge of your health and controlling your diet is the first step to feeling better,” Dr. Joseph said. “When patients are in control of what they are putting in their stomachs, their situation can drastically improve.”

Some information for this article was from National Institute of Diabetes and Digestive and Kidney Diseases: www.niddk.nih.gov/health-information/health-topics/digestive-diseases/celiac-disease/Pages/symptoms-causes.aspx