The joy and pain of two blue lines

The joy and pain of two blue lines

Brittany B. shares her journey to becoming pregnant in the first of a series of articles for first-time moms. 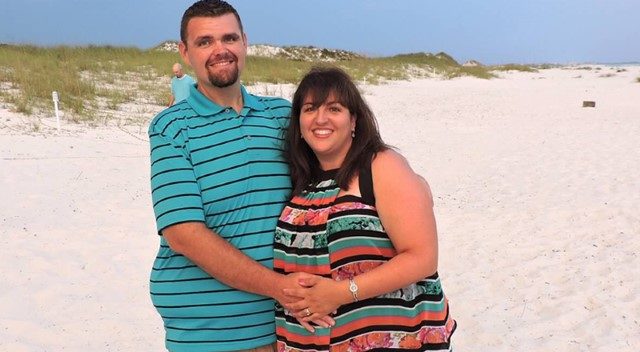 “You’re never going to believe this. I guess we just tested too early.”

Those were the words I said to my husband (through tears of joy) when I called to tell him we were pregnant. Who knew so much excitement could come from two blue lines!

It came with shock and disbelief because just two days before, our pregnancy test had been negative and we thought we were headed back to the fertility specialist. Again.

Fortunately, a follow-up test proved otherwise and now we are in our second trimester of our second pregnancy.

Just getting here has been a journey of uncertainty and unfamiliar ground for us as first-time parents.

In June 2015, I was diagnosed with polycystic ovary syndrome. In nonmedical terms, this means my body doesn’t ovulate regularly, so our chances of conceiving naturally were slim to none.

We are one of the lucky couples who had success conceiving using only fertility drugs. I was seeing a great fertility specialist, who put me on an ovulation medication first (in my case, Femara). If we weren’t pregnant in four months, we would move onto further fertility testing and treatment options.

Like we said, we were lucky — or so we thought — and we conceived Tiny Human (yes, that’s what we called him/her) during the second month of taking Femara. We never expected what happened next.

During the entire process and the weeks that followed, my OB/GYN was terrific. She was supportive every step of the way and explained the decisions we needed to make in detail, answering any questions that came along.

Without a way to know for sure the cause of my miscarriage, my OB/GYN was certain we would get pregnant again, and when we did, I would be put on progesterone for the first 12 weeks and baby aspirin for the duration of the pregnancy, as precautions.

What I’ve learned through this process is that I am not alone. I am not the only one. And it’s OK to talk about the miscarriage and remember the baby you lost. There are many friends, co-workers and family members who have suffered the same loss as me.

When I decided I wasn’t scared to talk about it anymore, or that I wasn’t going to be judged that it happened because of something I did, it made it easier to talk about the loss out loud. But that took time. A lot of time. And even today, as I write this, I’m questioning if I’m really ready to put my entire story out there. Will people question my decisions? Will there be judgment? Or will there be support?

Telling your story is never easy, especially if your journey has been bumpy. But I’m hopeful that through my story I can provide hope and support for first-time moms and/or moms who have lost their first baby but are looking to the future to conceive again.

If you have questions about fertility or the possibility of miscarriage, talk to your medical provider. If you have had a miscarriage and conceive again, he or she will provide the best course of action for your pregnancy based on your personal medical history. I never thought fertility would be an issue for me, and it never occurred to me that a miscarriage could happen to me.

“Never in my arms, but always in my heart.”