On the front lines of caring for patients who have overdosed, Dr. Couch provides his perspective 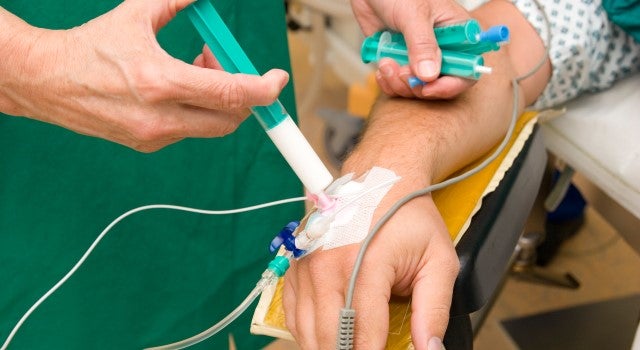 This article is part of a series on the emerging public health crisis ofopioid abuse. Because addressing the disease of addiction requires a comprehensive approach, several Norton Healthcare providers have come together to educate the public and work to manage the epidemic in our community.

The current heroin crisis is placing a tremendous strain on our health care system. Last year the number of overdose patients increased more than threefold. In addition to the death and disability directly caused by the overdoses, we are seeing increasing numbers of HIV and hepatitis C infections, skin abscesses and bacterial endocarditis — an infection of the heart valves. During the first half of 2016, there was about one opioid overdose death each day in Jefferson County, Kentucky, alone. The scale of the problem is staggering. Few families have not been touched by this epidemic.

What does a “typical” heroin user look like? You could look around the crowd at a sporting event or shopping mall and wouldn’t be able to detect the users. All ages, races, sexes and socioeconomic groups are affected.

One reason heroin use has skyrocketed is its relatively cheap cost, with a typical dose costing only $10. Drugs are flowing in from Mexico, South America and West Asia and finding their way to our streets. Heroin, deadly as it is, is being made more toxic by mixing it with fentanyl and other synthetic opioids. The result is a toxic mixture and more deaths.

We can combat the crisis through primary prevention efforts. Physicians are beginning to use nonopioid medications to treat pain. Limiting the number of pills in a prescription can help prevent drugs from being shared or stolen. Participating in drug take-back programs, where unused opioids are safely disposed of, will keep others from misusing leftover medication.

For those already gripped by an addiction, expanded treatment programs show promise. Norton Healthcare’s New Vision service offers medical stabilization that can lead to rehabilitation and recovery. Community-based treatment programs, such as The Healing Place, offer hope to all.

This is not a battle to be won quickly, but a war we will fight for many years. By involving everyone in the fight, it can be won.