Too many moms-to-be are still smoking, CDC says

Too many moms-to-be are still smoking, CDC says 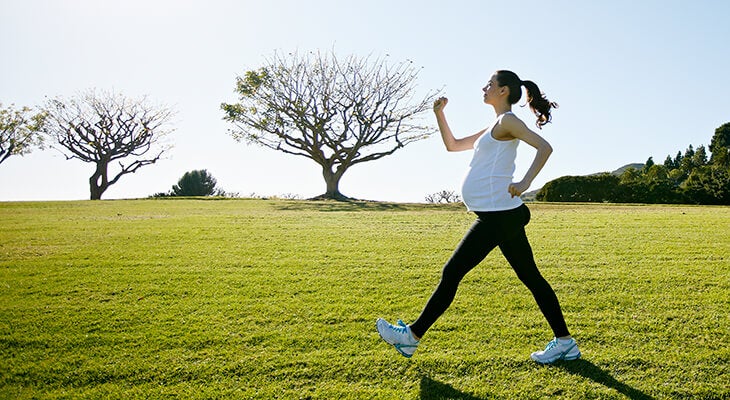 New information from the Centers for Disease Control and Prevention (CDC) brings some not-so-good news about the number of women smoking while pregnant. According to the CDC’s National Center for Health Statistics, one out of 14 women who gave birth in 2016 smoked cigarettes while pregnant.

The prevalence of smoking during pregnancy varies by state. Thirty-one states ranked higher than the national rate. West Virginia topped the list at 25.1 percent, followed by Kentucky at 18.4 percent. California had the lowest rate — 1.6 percent.

The overall percentage is down from 2011, when the national average was 10 percent. While this reflects a move in the right direction, the ideal goal is no smoking during pregnancy.

We developed NortonBaby.com to give you all the information and answers you need over the next several months and beyond. Visit it often and discover all the resources available to you.

Now is the time to quit — before you get pregnant. Smoking can greatly impact fertility in both men and women as well as cause complications in the early stages of pregnancy.

If you are interested in quitting smoking and want support, Norton Healthcare offers Freedom From Smoking classes.

Many dangers to mom and baby

The CDC’s Pregnancy Risk Assessment and Monitoring System links smoking during pregnancy to a host of negative health issues for babies and women.

Now is the time to quit

The good news is there is help to quit smoking. Dr. Shively provides her patients with education and smoking cessation resources to help change or prevent this behavior.

“Women are most motivated to quit smoking while they are pregnant,” Dr. Shively said. “They realize that their smoking habit is no longer impacting their own health but the health and well-being of the child they are carrying, and many want to make a change.”

During pregnancy, women can use smoking cessation medications, but Dr. Shively warns that, with any medication, there is a risk of side effects.

“It is important to talk to your doctor and decide together what is best for you,” Dr. Shively said. “There are many options, from medication, to smoking cessation class or, because it is such a motivating opportunity to quit during pregnancy, many women will quit cold turkey.”

Dr. Shively warns against using nicotine replacement supplements, such as a patch or gum, because nicotine is absorbed by the baby as well as the mother.

“Patients should view their health provider as part of their team in working together to quit smoking — without the fear of being judged,” Dr. Shively said. “It will improve the life of the mother as well as the baby and reduce so many risks.”