Do you know what a seizure looks like? | Norton Healthcare Louisville, Ky.

Researchers believe epilepsy is frequently under-diagnosed and under-recognized because of its connection to other conditions. 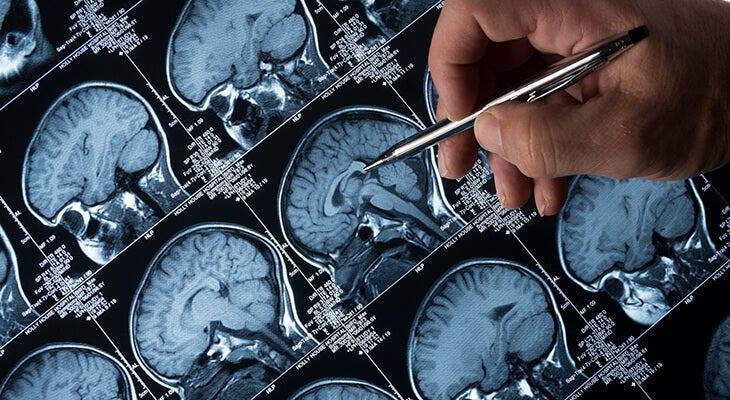 The Centers for Disease Control and Prevention (CDC) reported in August 2017 that there are more people living with epilepsy in the United States than ever before.

More than 3.4 million people, including over 470,000 children, live with active epilepsy. Numbers have increased substantially from previously reported data, leading researchers to believe the condition is frequently under-diagnosed and under-recognized because of its connection to other conditions.

One in 26 people will develop epilepsy, according to the Epilepsy Foundation. It’s a chronic medical condition that affects the brain, causing seizures. Seizures happen when the misfires or doesn’t work the way it’s supposed to. Think of it like an electrical storm in the brain. In rare cases, epilepsy can cause SUDEP (sudden unexpected death in epilepsy).

When many people think about a seizure, they usually think of a certain kind of seizure: the tonic-clonic seizure, also known as grand mal. Tonic-clonic seizures can make someone fall to the ground, lose consciousness and have muscle spasms. However, at least 30 different types of seizures exist, according to the CDC. While a grand mal seizure can be easy to spot, it can be hard to tell that a person is having a different type of seizure.

What are signs of a seizure?

In most cases, someone with epilepsy has the same type of seizure each time.

This type of seizure starts in one area of the brain. Focal seizures can be confused with other neurological disorders, such as migraine or narcolepsy. The two types include:

Generalized seizures involve all parts of the brain. Some types include:

If this sounds like anything you’ve experienced, talk to your doctor.

The first step is making the right diagnosis. Norton Neuroscience Institute epilepsy specialists can recommend the best treatment for each person based on symptoms. Therapies can range from changes in diet to medications to surgery — all with the goal of eliminating seizures and improving quality of life.