When you're an eyewitness to a tantrum | Norton Healthcare Louisville, Ky.

When you’re an eyewitness to a tantrum

When you’re an eyewitness to a tantrum 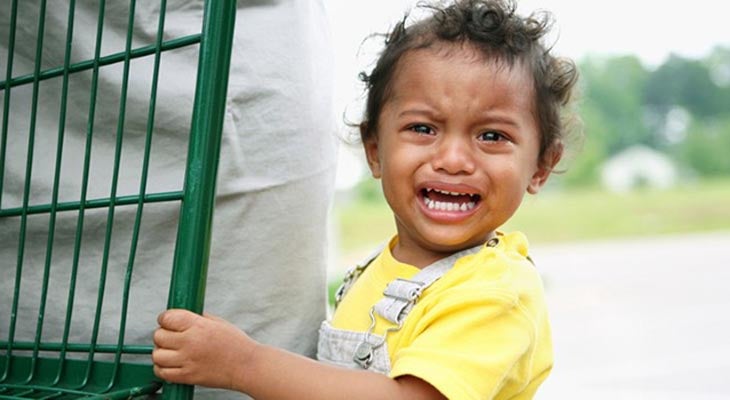 I’m the mother of a fabulous 2-year-old boy. Casey is funny, loving and rambunctious. He’s also one package of M&Ms away from a temper tantrum in the middle of a grocery store. I know this day is coming, and I already dread it.

Two-year-olds are on their own emotional roller coaster as they test limits and navigate controlling their actions, impulses and feelings.

Knowing that, what am I so fearful of? The sight of Casey rolling around on the floor? No. I will probably laugh at that. The high-pitched, repeated screams of “NO”? Not really. We hear that at bath time.

What I fear most is the judgment, snide remarks and rude stares from others. I know I shouldn’t … but I do!

I try so hard to mimic my sister and friends who have parented ahead of me. They each seem to have done it flawlessly. But when I asked them for advice, they had their own horror stories to share — restaurant rumbles, toy store tantrums and mall meltdowns.

These horror stories weren’t about their child’s behavior but about how bystanders treated them. About the lack of compassion.

I will be the first to confess I have judged. I’d be lying if I said otherwise. But now that I am a parent, my judge and jury ways have been limited to laundry detergents and insane shoe choices of women I see walking downtown.

I know temper tantrums are a normal part of development and a result of a basic need not being met mixed with frustration over not being able to communicate the need. Tantrums (usually) are not about bad parenting.

For Casey, meltdowns usually happen when he is tired or hungry. Therefore, I can plan ahead to avoid a potential tantrum.

“You never know what a parent may be going through with that child, and sometimes by simply offering compassion and encouragement, you may be saving a situation from going horribly wrong,” Dr. Frazier said. “Bystanders should always refrain from being condescending or throwing blame — and dirty looks — at the parent or the child.”

Dr. Frazier recommends helping the parent out by:
•Saying, “It looks like you could use some help. Is there anything I can do?”
•Being sympathetic. Say something like, “I remember my daughter when she was that age and shopping can be tough.”
•Speaking directly to the child to distract him or her from the behavior.

Although I am hesitant to have Casey interacting with a stranger he doesn’t know, I was intrigued to find out that sometimes having someone talk to the child will help diffuse the situation. The distraction of someone else speaking to the child is just enough to draw attention away from what started the tantrum in the first place.

I know I will need support when Casey’s first temper tantrum explodes. I can only hope that I am surrounded by compassionate people — parents, grandparents and individuals who will laugh (or cry) with me, give me that nod of encouragement and maybe even say “Been there, done that” as the go about their day. For that I will be grateful!