Where is God to be found this season? | Norton Healthcare Louisville, Ky.

Where is God to be found this season?

Where is God to be found this season? 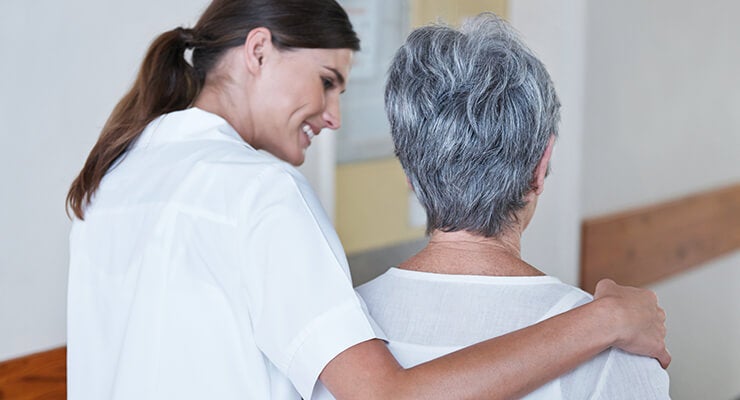 When John graduated from college, the only job he could find was in the mail room of a large publishing firm. He hated it. All day long, as he stood sorting mail in the basement of the corporate headquarters, he dreamed about holding an important position, one in which people respected and looked up to him. One cold winter morning, as he sorted through a huge pile of mail, he noticed a cockroach skittering across the floor.

“I have a college degree, yet I work here in this cockroach infested basement,” John thought as he was about to stomp on the bug. “Don’t hurt me!” he heard a squeaky voice say. He looked around the mail room but he was alone. Where did the voice come from? He looked down and to his amazement, the cockroach was talking to him.

“Please don’t step on me. My name is Leo, and if you spare my life, I’ll give you three wishes.”

“Yeah, right,” said John as he lifted his foot to squash the bug. Then he thought, “What do I have to lose?” He reached down and scooped up the bug. “OK, Leo,” John said, “let’s see what you’ve got. I want to be head of the mail room.”

Whoosh! There was smoke and there was a bright light, and all of a sudden John was sitting at a desk on the second floor of the headquarters building. On the desk was a nameplate with his name and title, “Manager of Mail Services.”

“Wow, ” he thought. “I’m going to keep Leo around.” He placed Leo in a little matchbox he found in the desk and began throwing his weight around as “Manager of Mail Services.” He had his own secretary and he felt the happiest he had ever felt in his life. After a couple weeks of demanding respect and insisting people look up to him, John found himself becoming restless again. After all, he was only on the second floor, not the 35th floor – the top floor of the building. So he pulled out the matchbox, opened it up and told Leo, “I want to become president of this whole publishing firm.”

Whoosh! There was smoke and there was a bright light, and all of a sudden John was sitting at a desk in the penthouse suite of the firm’s building. The nameplate on his desk had his name and his title, “President, CEO and Chairman of the Board.” The window of his office looked out over the whole city. He had a whole cadre of secretaries and personal assistants and various other admirers and again he felt the happiest he ever felt in his life. Whenever he issued an order, people fell over themselves trying to carry it out. For awhile, he enjoyed terrorizing the 35th floor but soon, that same old restlessness came back. “What’s next,” he wondered. Then he had a thought. “God holds the highest place of power in the universe. I wonder? Yes, I’m going to do it.” He pulled out the matchbox. “This is it, buddy,” he said to Leo. “My last wish. Make me like God!”

Whoosh! There was smoke and there was a bright light, and all of a sudden, Leo was gone and John …, well, what do you know, John was back in the mail room.

“Let the same mind be in you that was in Christ Jesus, who, though he was in the form of God, did not regard equality with God as something to be exploited, but emptied himself, taking the form of a slave, being born in human likeness.” – Philippians 2:5-6

The story of Christmas is not a story of power or prestige, but the story of a baby in a manger. God chose to enter our world in the humblest way possible, as a baby in a stable manger, among ordinary people doing ordinary things. This suggests that perhaps God comes to us today, not necessarily in places of power and prestige, but among ordinary people doing ordinary things — like taking care of ill and injured persons, providing a healing touch, comforting those who are facing loss and grief, even working in the mail room. In other words, among people like you and the people you work with on a daily basis. This Christmas, look for God, not just in the places of power and prestige, but in the places you live and work.