1 thing women need to stop putting up with

1 thing women need to stop putting up with

Setting the pace for bladder control 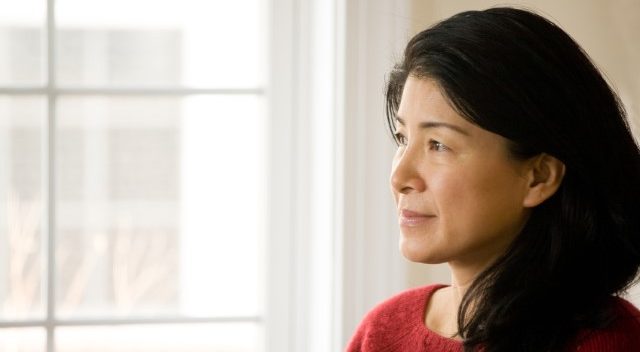 It happens to just about every woman. Many just put up with it. But for some, like Angela Johnson, it’s enough to affect daily life in a big way. Johnson, 57, decided she was not going to put up with urine leakage any longer after having an accident while on vacation.

Contrary to popular belief, urinary leakage, or incontinence, is not a normal part of aging. The pelvic floor muscles may weaken after childbirth and with age, causing a little leakage that may be considered normal. However, when bladder control becomes a daily problem or keeps you from doing your normal activities, it is not normal and could be a sign of a bigger issue.

“Women with urinary incontinence and overactive bladder may avoid social events and traveling for fear of needing to find a bathroom, and their sexual lives and self-esteem are affected,” said Ali Azadi, M.D., urogynecologist with Norton Women’s Specialists – Urogynecology. “It makes them depressed and keeps them at home.”

Overactive bladder and urge incontinence reduce the ability to hold urine for a period of time, causing the woman to have to go to the bathroom frequently, and in some people have leakage accidents.

Some other types of incontinence

A cancer survivor, Johnson had gone through chemotherapy and radiation that may have worsened her urinary symptoms, including frequent urinary tract infections. When she sought help for her loss of bladder control, she tried medication but experienced side effects she wasn’t willing to live with.

“I also tried wearing undergarments, but they were uncomfortable and I just wanted to feel ‘natural,’” Johnson said. “I was ready to try anything.”

Johnson found relief from a different type of treatment that’s helping many women get back to a life they enjoy. Called sacral neuromodulation, it works very much like a pacemaker works for the heart, but this one is for the bladder. The device emits pulses that stimulate nerves in the pelvis that control bladder and bowel function.

“Conservative treatments such as diet modification and behavioral changes, as well as medications, are the first line of treatment,” Dr. Azadi said. “But they don’t always work or they may cause uncomfortable side effects. That’s when a bladder pacemaker may be an option.”

Women who may be candidates are first tested with a temporary device. They wear it for three days, and if they have improvement, the doctor knows the permanent device will give them relief and the patient gets a sense of whether it is something she wants long-term.

Johnson called her trial period “superb.” She was more than ready for the permanent device.

“The improvement was amazing,” she said.

The small device is implanted in the upper buttock during a simple outpatient procedure. A thin wire attached to the device is connected to the sacral nerves, providing a mild electrical pulse that helps the nerves better communicate with the bladder.

According to Johnson, after the short healing period from the incision the device is not noticeable. And she can’t feel the electrical pulses.

“I recommend it to anyone dealing with incontinence,” she said. “It’s wonderful.”

The therapy also can help women with constipation, fecal incontinence, urinary retention and incomplete bladder emptying, as well as some other pelvic disorders.

“The pelvic floor is complex, and it can be a challenge to treat many disorders that affect pelvic floor function,” Dr. Azadi said. “This therapy can be beneficial for many of them, without some of the side effects of other treatments.

“For women who have to catheterize or who have been afraid to get out and live the active life they once enjoyed, this therapy can be life-changing,” he said.