What’s really going on in your child’s head? 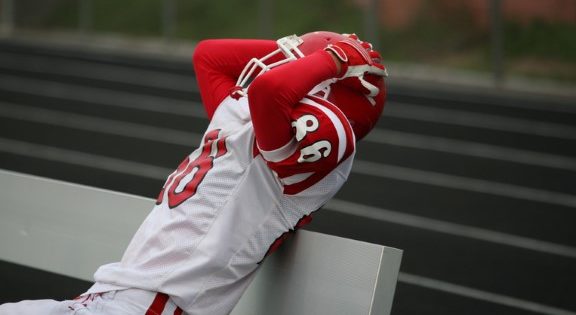 With football season just on the horizon, a dreaded c-word is coming up again in conversations: concussions.

Even with new safety protocols and advances in research on concussions, many myths still exist among the general public. Tad D. Seifert, M.D., director of Norton Healthcare’s Sports Concussion Program and neurologist with Norton Neuroscience Institute, is working to dispel these myths.

“Properly identifying and treating concussions are keys to potentially avoiding more long-term, life-changing injuries,” said Dr. Seifert, who’s also the head of the NCAA Headache Task Force. “It’s really important that we educate everyone — from players and parents to coaches and athletic directors — on how to deal with and prevent concussions.”

Here are some of the most common misconceptions about concussions and what the research really shows:

Myth: Injury to the brain occurs only at the initial impact that caused the concussion.

Fact: Chemical and metabolic changes can persist for days, weeks or months after impact.

Myth: Someone with a concussion should be woken up every two to three hours.

Fact: Drowsiness and fatigue are common symptoms of a concussion. Getting plenty of sleep and allowing the brain to heal are necessary for recovery.

Myth: Male athletes are more likely to sustain a concussion.

Myth: You should not treat the headache from a concussion with any medications because you might mask the symptoms.

Myth: When you have a concussion, you lose consciousness.

Myth: An athlete needs to be hit on the head to sustain a concussion.

Fact: Concussions can occur not only from a hit, but also from any sudden movement or jostling of the head, as in whiplash injuries.

Myth: Helmets and equipment will prevent concussions if the newest model is used.

Fact: Helmets, mouth guards and other protective devices may lower the risk, but no equipment can fully protect against a concussion.

Want to learn how to keep your athlete safe? Check out Norton Sports Health’s Concussion and Football Event Saturday, July 23, at Kentucky Country Day School. Dr. Seifert will lead a conversation on concussion prevention and football safety. This free event is open to the public. For more information or to register, contact Rebekah Hibbert at Rebekah.Hibbert@nortonhealthcare.org