A call to duty

A call to duty 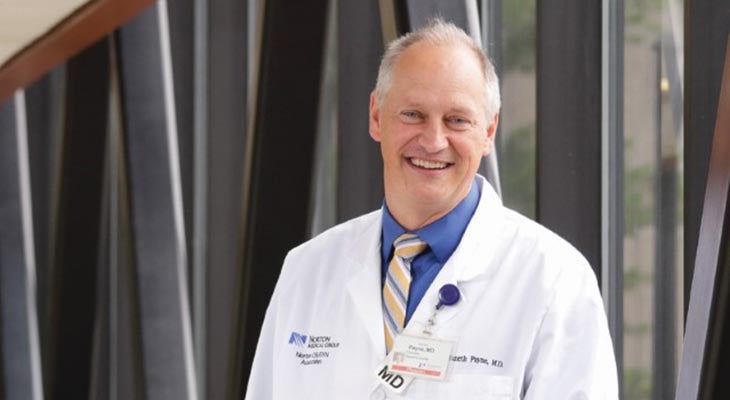 When Iraq invaded Kuwait in 1990, leading to the first Gulf War, Oldham County native Kenneth J. Payne, M.D., was bound by honor, duty and commitment to serve his country.

The then 24-year-old left his job in the hospitality industry and enlisted in the U.S. Marines. He was eventually stationed at the U.S. Embassy in Chad.

Dr. Payne said he was shocked by the horrific lack of medical care in the central African country. That point was driven home when a fellow Marine was badly injured in an accident and taken to the local hospital.

“There were nasty, bloody rags with flies and bugs on the floor,” Dr. Payne said. “They were just as likely to cut someone’s leg off as to try to save it.”

That was a turning point in his life, when he decided to become a doctor so that those he was serving would have someone trained to save lives.

Once his eight-year military tour ended, Dr. Payne enrolled in medical school at the University of Louisville. He knew he wanted to make a lifelong impact on his patients, which meant reaching patients as young as possible.

That led him to specialize in obstetrics and gynecology, where he could help women have healthy babies.

Dr. Payne works at Norton OB/GYN Associates – Downtown but also is board certified in addiction medicine.

He lives by the motto “Do the right thing,” which sounds like something a Marine would say but also is closely tied to the covenants laid out in the Hippocratic Oath, which all doctors take before they start practicing.

A colleague who shares an office with Dr. Payne calls him “the real deal and larger than life.” And that’s the kind of guy you can count on.

Dr. Payne is married to an OB/GYN, Susan Hagan, M.D. They have four children ages 5 to 12.