A sure bet: Derby week injuries

A sure bet: Derby week injuries

All hands on deck as Norton Audubon Hospital prepares for hundreds of injured and sick racing fans this weekend. 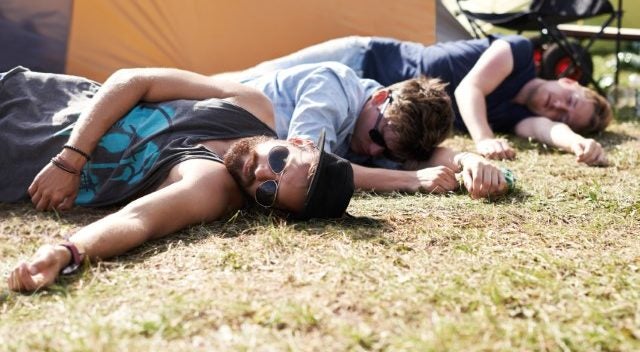 You won’t see Renee Cecil, R.N., nurse manager, Norton Audubon Hospital, at Churchill Downs this weekend, but that doesn’t mean she won’t get an up-close-and-personal taste of what the Kentucky Derby has to offer.

The emergency department will spend the weekend caring for Derby-goers and other partiers who’ve had a little too much fun.

As the closest hospital to the track, Norton Audubon sees the bulk of these patients — hundreds of cases of alcohol poisoning, dehydration, severe sunburn, broken bones and bruises. It starts before Oaks Day on Friday and continues well after Saturday’s Run For the Roses.

“We plan for Oaks and Derby like it’s a mass casualty event,” Cecil said. “I know that sounds extreme, but based on the volume of people we see, that’s the best way to describe it. We bring in extra stretchers and IV poles, along with additional staff. Those two days are nonstop.”

Cecil said a lot of planning goes into Derby weekend. Ambulances are constantly back-and-forth from Churchill to Norton Audubon.

“We have to be very coordinated with the ambulance service at the track,” she said. “They pretty much drop off a patient and have to head back. That means we have to be ready to accept and admit patients quickly.”

What does Cecil expect to see this weekend? It really depends on the weather.

“If it’s cloudy and cool, we’re likely to see fewer injuries and issues,” she said. “But if it’s warm and sunny — watch out. Also — and I don’t know why — but Oaks Day is usually much worse than Derby Day.”

While most of the patients this weekend will be spectators, some of the actual Derby participants could join them in the emergency department. It’s not uncommon for the hospital to treat a few jockeys, depending on the severity of their injuries.

“We’ve treated jockeys in the past, mainly for broken bones and cuts and bruises,” Cecil said. “As you can imagine, falling off a horse can really do a number on the body.”

So if you’re heading out to the track this weekend, make sure to wear your sunscreen, drink plenty of water and don’t do anything too terribly crazy. Otherwise you might be spending some time with Cecil and her team at Norton Audubon.