After 20 years of back pain, surgery gives woman her life back

After 20 years of back pain, surgery gives woman her life back 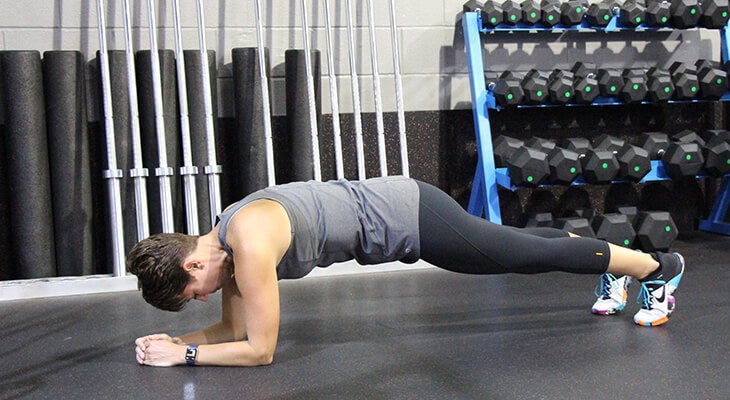 Two years ago, Susan Smith was struggling to walk. Life after spinal fusion involves working out three to four days a week at a local gym.

“I’m in better shape now than when I was a teenager,” Smith said.

Every day for 20 years, she had endured pain that started after a disc ruptured in her back when she was 19.

“At times I couldn’t walk or couldn’t get up and down,” she said.

She powered through the back and leg pain, until it was too much.

“It finally got bad enough where I really couldn’t function, and that is when I decided to see Dr. Gum,” Smith said.

When she first injured her back, she had surgery that she knew wasn’t going to be a long-term solution.

“It was the best they could do since I was so young,” she said. “They told me I would have trouble later.”

“This had been bothering her for a long time. She tried injections, physical therapy, medications and other treatments, but didn’t get much relief and wasn’t able to do the things she enjoyed,” Dr. Gum said.

He set out to change that.

During a nearly three-hour surgery, Dr. Gum removed bone spurs and disc fragments that were pressing on nerve roots. Then, he took pieces of bone from Smith’s hip and placed them between vertebrae in her spine, then fused the bones together using screws and rods.

The bone graft grows between the vertebrae, preventing motion in the unstable area and decreasing pain.

Life after spinal fusion: Back to work in a few weeks

But about a week after Dr. Gum’s procedure, Smith went to her son’s baseball tournament. Two weeks later, she returned to work full-time.

“I remember her coming to her 30-day post-op appointment in high heels — and that is not the norm,” Dr. Gum said.

Dr. Gum was able to perform the fusion with a smaller incision than normal, and the three-hour operation was faster than a typical surgery. Smith’s great fortitude also played a large role.

The surgeons at Norton Leatherman Spine have the experience to know when surgery can help back pain and when more conservative steps are all that’s needed.

Before the surgery, Dr. Gum gave an optimistic prognosis of 50 percent improvement, according to Smith.

“I was determined that I wanted more than 50 percent,” she said. “I pushed myself with caution, and Dr. Gum helped me along the way.”

He worked with Smith’s fitness coach to tailor a safe workout plan so that she could get back in the gym.

“While I no longer have any pain and I’m active, there are still risks associated with impact movements, like jumping or bouncing, so I have certain restrictions,” she said.

Instead of running, she rows. To keep from bending her back, she does planks and hanging leg raises instead of sit-ups.

“I think the workouts are really what helped her get where she is today,” Dr. Gum said.

She ditched the pain and the immobility and gained a whole new life.

“Before the surgery, I wasn’t able to be active, I couldn’t exercise or play in the yard with my kids,” Smith said. “I was a watch-from-the-sidelines mom.”

Smith’s life after spinal fusion is happier, healthier and has her setting an example for her children.

“The results of this surgery had a ripple effect — not only did it impact her personal life but her professional life, too,” Dr. Gum said. “She’s just all-around leading a healthier lifestyle.”

Smith’s spinal condition is very common, and Dr. Gum said he hopes other people living with the same debilitating pain she once felt will take action so that they, too, can get their lives back.