In the wake of the passing of “The Greatest of All Time,” those fighting the same battle share how he inspired them. 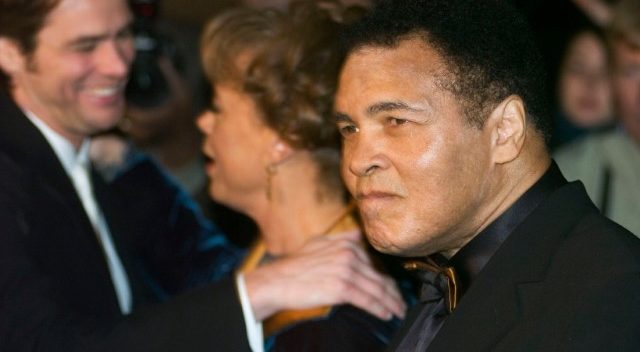 With the passing of Muhammad Ali, it seems like everyone has a fond memory, heartwarming story or favorite words from The Champ that inspire them.

Perhaps a group most inspired by Ali are those entrenched in the same battle he fought for the past 32 years: Parkinson’s disease.

Ali was diagnosed with Parkinson’s in 1984. Although many of the details of his disease’s treatment and progression were kept private, his contributions to Parkinson’s fundraising and awareness have been very public. He became a role model for others living with the disease.

Bill Bohnert of Louisville, Kentucky, says of Ali, “his ability to carry on a full and productive life and not to be daunted by the challenges of this damn disease inspire me the most.”

Only diagnosed within the past two years, Bohnert, 84, says he probably struggled with the disease longer than he or his doctors realized. He relies on the example set by The Champ — along with support from his friends, wisdom gained through doing tai chi, his faith and doctors — to help him face whatever lies ahead.

“If Ali saw Parkinson’s disease as a worthy opponent, you can bet your life I do too,” Bohnert said.

Steve Howell, another Louisvillian, had the pleasure of meeting Ali through his work in the airline industry.

“I remember him being at the airport and visiting from ticket counter to ticket counter, socializing with everyone and doing magic tricks. He was so approachable,” he said.

Howell recalls walking out from the counter and extending his hand to Ali.

“I’m no small guy, but Ali’s hand engulfed mine. It was a moment I’ll never forget,” he said.

Howell, who also has Parkinson’s, watched Ali’s visible deterioration and wonders how he will be affected by the disease.

His doctor reminds him that each person’s path with the disease is different and what works for one person may not work for another.

“Everyone chooses their own path in fighting Parkinson’s and I will go kicking and screaming,” Howell said.

Bill Reed, who has lived with Parkinson’s disease for five years, never met The Champ but had hoped for an opportunity.

“I always hoped I’d be able to run into him one day just to shake his hand and tell him thank you,” Reed said.

In an interview with WDRB, Reed applauded Ali for the awareness and fundraising he contributed to Parkinson’s disease.

Hope, inspiration and determination — three key themes that create a connection between Ali and  those with Parkinson’s.

We can be sure many will draw inspiration from Ali and carry on the torch in the fight against Parkinson’s disease.

Let Muhammad Ali be known, not as the man who floored Sonny Liston
A sledge hammer could have done that
But as the man who buried Parkinson Disease
Only the Greatest could do that

From a poem written by Abraham Lieberman, M.D., who helped establish the Muhammad Ali Parkinson Center in Phoenix, Arizona