A heart attack can happen to anyone, even the most fit 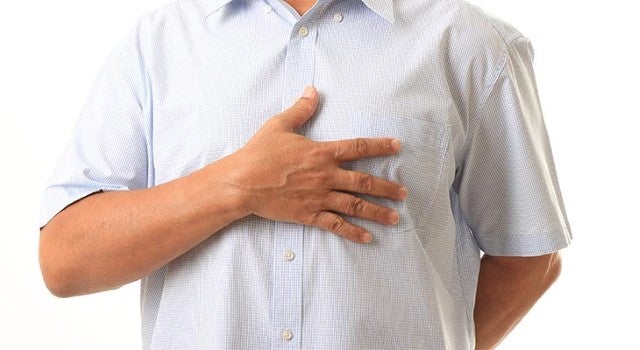 Personal trainer and host of the popular television show “Biggest Loser” Bob Harper made the news recently not for helping someone shed hundreds of pounds but for suffering a heart attack that left him unconscious for two days. The 51-year-old popular fitness expert reportedly collapsed while exercising at a gym and needed CPR.

Given Harper’s physique, it’s shocking to many that he would have a heart attack.

In reality, it’s more common than you might think. Heart disease is the leading killer of men and women in the United States, and about 735,000 Americans suffer heart attacks each year, according to the Centers for Disease Control and Prevention.

Arpit Agrawal, M.D., cardiologist, Norton Heart Specialists, shed some light on how this could have happened to such an otherwise healthy individual.

“Genetics and family history are major risk factors for the development of coronary artery disease and for heart attacks in any individual,” Dr. Agrawal said. “The more relatives that are involved, the higher that risk gets.”

“While we can’t control who our parents are, it is important that we do what we can to lower that risk,” he said. “While nothing can lower your risk to zero, maintaining a healthy weight and exercising regularly certainly can stack the deck in your favor and likely has its greatest benefit if you have a family history of heart disease.”

In addition, Dr. Agrawal said that being fit can aid in the recovery process.

“When somebody is already in great shape, they generally have more cardiopulmonary reserve to help aid in the recovery,” he said. “Cardiac rehabilitation has been shown to help patients both live longer and keep them out of the hospital after a heart attack.”

But the bottom line, Dr. Agrawal says, is that we can do a lot of things to significantly lower heart disease.

“Even if you are not a fitness superstar, exercise, conditioning and a healthy diet play a crucial role in the prevention of heart attacks and the recovery process,” said Dr. Agrawal.