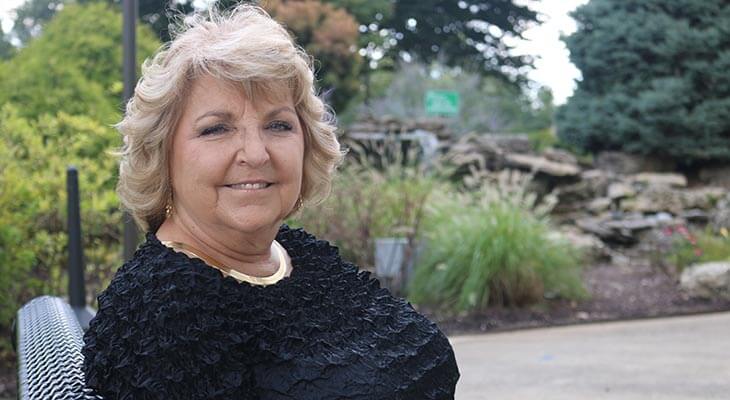 When Brenda Montgomery enrolled in a clinical trial at Norton Cancer Institute in February 2016, she hoped the new drug being researched would trounce the cancer she had battled for nine years. She also hoped her efforts would help others.

“Hearing you have cancer is like getting hit with a brick, but I’ve been determined to do everything I can to beat it,” Montgomery said.

Fast-forward 19 months, and Montgomery is excited. Thanks to results from this top-tier research, the U.S. Food and Drug Administration (FDA) has granted fast-track approval to Bayer HealthCare Pharmaceuticals for a drug called Aliqopa.

Moreover, Montgomery is thrilled with her results.

“My last scan showed I’m cancer-free at this point!” she said.

Active and healthy throughout her life, Montgomery never expected a routine gynecology checkup would lead to finding out she had a type of blood cancer.

Don A. Stevens, M.D., director of Norton Cancer Institute’s Hematologic Malignancy Program, is Montgomery’s medical oncologist. He explained she has follicular lymphoma (FL), a slow-growing cancer that is treatable but not curable.

Dr. Stevens was among a number of specialists nationwide selected to enroll patients in the national trial to study this breakthrough medication. Its use was studied in patients who had developed resistance to other therapies, an ongoing concern with FL.

“The approval of novel compounds like Aliqopa that offer a safe alternative to existing treatments is good news,” he said.

According to Dr. Stevens, the clinical trial’s results were very positive. Nearly 60 percent of patients who participated saw significant shrinkage of their lymphoma as measured by CT scans. Aliqopa’s side effects — high blood pressure, high blood sugar, diarrhea and decreased strength or energy — were generally temporary or manageable.

FL accounts for one in five of the nearly 73,000 new cases of non-Hodgkin lymphoma diagnosed each year. Annually, about 20,000 people die from FL.

“After nine years and several relapses, I’m still here, running my own business and enjoying life,” said Montgomery, a Mary Kay Cosmetics sales manager who loves to travel. “Aliqopa has given me new hope.”