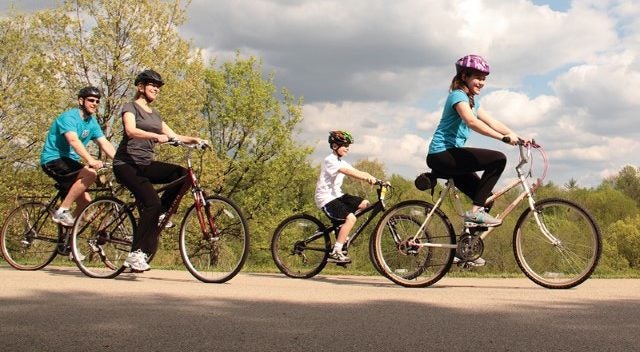 After months of trying to figure out what the lump in my clavicle was, my ear-nose-throat doctor looked at me and said, “I think it’s cancer and I want it out. If I’m wrong, I’ll take you out to dinner wherever you want to go and you can punch me in the face at the end of the night. I hope that’s what ends up happening, but I have a bad feeling about this.”

Despite the three negative needle biopsies, something was just nagging at my doctor. It all went so quickly and the words honestly didn’t even sink in, but my wife went into overdrive and I went under the knife by the end of that week. As I was recuperating at home the next day in a painkiller-induced haze, my wife sat on the bed next to me to explain that the test results indicated that I had Hodgkin lymphoma. Completely clueless since no one in my family had ever had any form of cancer, I remember feeling relieved because at least I didn’t have cancer — all I had was a lymphoma — but as the tears streamed down my wife’s face, it dawned on me what lymphoma was and our journey began.

We quickly set up an appointment with Dr. Don Stevens at Norton Cancer Institute who, instead of talking shop at the outset of our initial consult, asked about me the person and not me the person and this new sidekick called cancer. He caught me up on the well-being of his daughter, whom I had taught in high school, asked about my family and, after breaking down the barriers, we finally got down to business. He patiently explained the ins and outs of my disease, the course of treatment he recommended and how visits would work once I began. Of course, all of these words simply passed right through me as the shock of meeting with a doctor to discuss MY cancer had not worn off yet. I was young, I was healthy; how can I have this? Thankfully my wife was furiously scribbling into her notebook and asking all the right questions … I honestly don’t know how she was holding it together, but thank goodness one of us was.

I started chemotherapy the following week and with that came the sickness, the exhaustion, the lack of appetite, the hair loss and everything else that came with the drugs that were going to eventually restore me to health. But I also joined a new community. I went for treatment every two weeks, and by the end of the second week, my body would almost be restored, or at least I would start to feel like my old self, only to have that annihilated by the chemo. As much as I should have hated going to the treatment rooms, I didn’t. I mean, I wasn’t in love with the place but the nurses, the caring environment and the unbounding enthusiasm for helping me kick cancer’s butt filled the halls along with the constant beeping, and I knew that I was in the right hands.

My primary nurse, Sandy, was always there to greet us with a welcoming smile, a dose of humor and a bag of pretzels; she became part of our family as she navigated us through the ups and downs and celebrated my last treatment by throwing confetti all over me. I broke down in my wife’s arms in the parking lot after that last treatment knowing that I was almost there and that I was going to be OK and that I wasn’t going to have to go back there anymore.

A few weeks after the completion of radiation, I started to bounce back and become my old self again.  My family, friends and students noticed that my energy slowly returned and I started to put this chapter behind me, even if I never will forget it. As I think back on it now that I am five years out, I honestly don’t know how I would have been treated at another cancer center, but I know that I wouldn’t go anywhere else if this ever happened to me again.