Concussions in kids worse than thought?

Concussions in kids worse than thought?

Study shows too many sports-related concussions in children go untreated. Here’s what to look out for in your child. 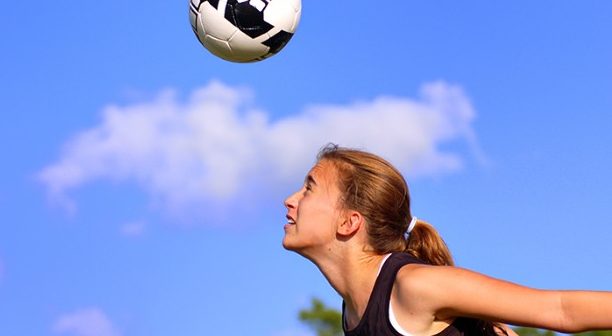 “I don’t like wearing it — it leaves a mark on my forehead,” said Ruby, a goalie for Dupont Manual High School in Louisville. “But the reality is I need it in order to keep playing.”

Unfortunately, between Ruby’s game-winning saves lies a history of concussions. She had three in grade school — the first in 2005 and then two in 2014 and 2015 — resulting in days of severe nausea and headaches.

Aside from taking an extended absence from the sport she loves, Ruby also wasn’t allowed to go to school, watch TV or read for days following each diagnosis.

She is part of a growing trend among child athletes. The Centers for Disease Control and Prevention estimates nearly 4 million sports-related concussions occur every year in the United States, many of which involve kids and young teens.

Even more alarming is researchers now estimate that up to a million sports-related concussions in children go untreated each year.

Studies show kids are more prone to concussions and typically display more severe and prolonged symptoms than adults and even young college students. Why? Tad Seifert, M.D., director of the Norton Healthcare Sports Concussion Program and neurologist with Norton Neuroscience Institute, has been working with kids who have had concussions for more than a decade.

“With children, especially females, the neck muscles aren’t as strong or developed as an adult’s,” Dr. Seifert said. “This increases the chance of sustaining a whiplash effect during a collision or sudden impact. That lack of strength often plays a significant role in suffering a concussion.”

Not only are kids more susceptible to concussions, it also takes them longer to recover from the injury.

“High school kids tend to take two to three weeks to recover compared with college athletes (one to two weeks), and studies are uncertain how fast younger children recover,” Dr. Seifert said. “That’s why it’s so critical that if there’s any suspicions of a concussion, that child should be evaluated and treated by a concussion specialist.”

Another challenge with concussions in kids is the symptoms are not always immediately noticeable. Dr. Seifert said that many teens try to hide or downplay the symptoms in order to stay in the game, so parents should watch for changes in their child’s behavior.

Signs to look out for:
•Headache or a feeling of pressure in the head
•Irritability
•Difficulty concentrating
•Confusion or dizziness
•Ringing in the ears
•Sensitivity to light and sound
•Nausea or vomiting
•Slurred speech
•Fatigue

Dr. Seifert said that despite concerns around concussions, parents should not necessarily shy away from allowing their kids to play organized sports.

“Every concussion is different and there’s a risk with contact sports, but there’s a danger with inactivity and the obesity epidemic too,” he said. “It’s a case of weighing the benefits versus the risks.”

For Ruby, the benefit outweighs the risk — at least for now.

“I love soccer and feel fortunate to be able to play for a great team,” she said. “I hope my concussion problems are behind me and I can continue to play for a long time.”

Concerned your child may have suffered a concussion? Download the CDC’s concussion fact sheet for parents.